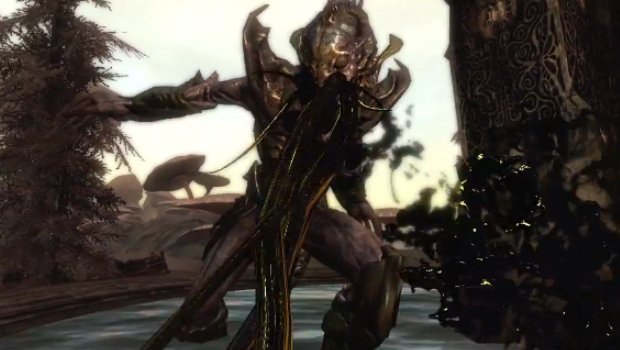 New trailer reveals the haps in Skyrim this winter

Skyrim: Dragonborn is the next downloadable chapter in the Skyrim story, revealed today via a suitably dramatic new trailer. Yet again, it is only announced for Xbox Live at this time, with the PC version likely coming sometime later, and the PS3 version … aha … hahaha … oh dear.

Dragonborn revolves around the very first Dovahkin, who doesn’t seem to be in friendly spirits. There are boats, dragon mounts, and new monsters. Also, there are goblins riding warthogs. That is obviously cool, because it is. Obviously.

The expansion will set you back 1600 MS Points. Anybody interested?