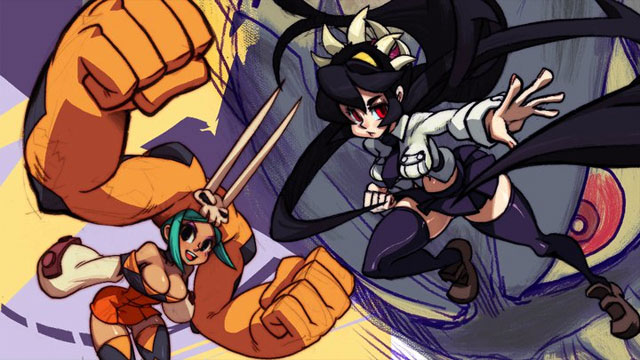 I don’t know how many times I’ve heard that a new fighter is “for fighting game fans, by fighting game fans“. With Skullgirls, that claim might actually be true. The game takes the tag-team insanity of Tatsunoko Vs. Capcom and Marvel Vs. Capcom 3, the bizarre and beautiful imagination of the Darkstalkers series, the HD, hand drawn artwork of BlazBlue, and the east-meets-west  flavor of Scott Pilgrim Vs. The World: The Game and combines it with innovative gameplay elements that could only have been devised by a team that truly cares about fighting games. This is the first fighting game I’ve ever played that has built in combo-breakers that work against ANY infinity combo.  If only the developers of Marvel Vs. Capcom 3 had that level of foresight.

Oh, and I’d be remiss if I didn’t mention the game’s boobs. They’re really… different. It’s hard to describe in words, but somehow Skullgirls‘s artists managed to make a game with big, bouncing boobs that doesn’t feel overly sexual. Instead, the boobs here seem to be a tribute to boobs as an idea.

I told you it was hard to describe in words. Just watch the video and see for yourself.