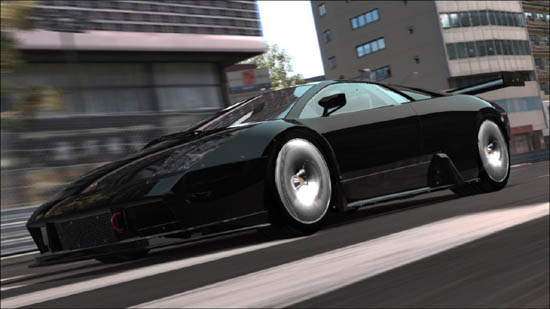 Microsoft took some criticism in the beginning of the Xbox 360’s life because of their choice to continue to support the standard DVD format for their game titles. They defended themselves saying that the DVD storage medium was more than enough space for upcoming games with their new compression techniques, but now it seems that the format’s limitations have causes a negative effect on one Xbox 360 title.

Bizarre Creation says that the DVD format is too small to fit all of the features they wanted to include in Project Gotham Racing 4. A Bizarre Creation’s staff member says:

“You won’t see different times of day per city because this involves recreating all the textures again (one for day and one for night). Whilst this wasn’t a problem for our dev team, it was a problem fitting all this data onto a single DVD.”

A post on Bizarre Creation’s forums explains that the fix for this was to create different lighting models for each locale depending on weather. So, in other words, each city will only have one time-of-day setting.

Before you throw out the ‘two disc’ question, another staffer explains:

“Having the game spread across two discs isn’t an option for a number of reasons. Sorting out gameplay both in single and multiplayer where you always have to swap discs around would be difficult, and detrimental to the flow of the game. Also, having two discs puts the price of manufacturing up, and that’s one we’d have to discuss with the publisher.”

“As it stands, we’ve got the best of all options. We’ve got tonnes of cities, the best lighting effects we’ve ever done, and weather which dramatically changes the look of the cities too. And it all fits on one disc.”