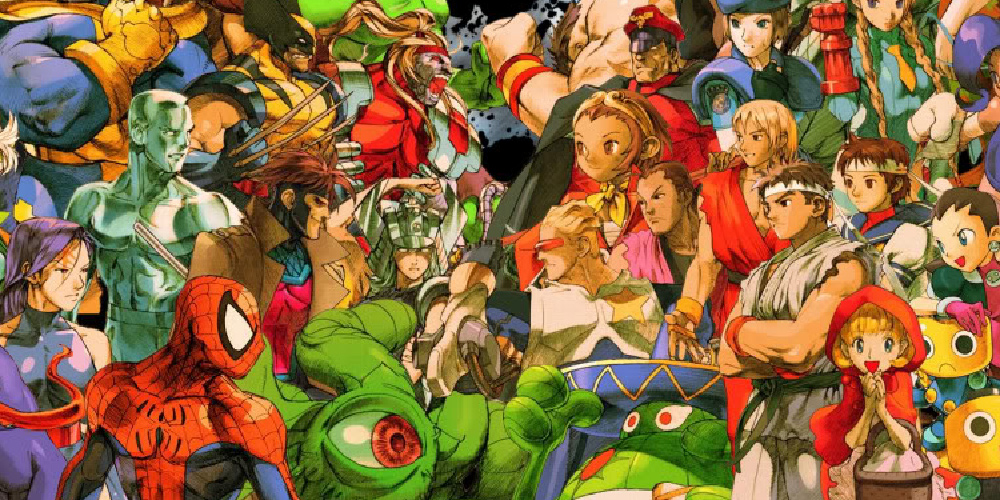 According to Garfield, Mondays are always terrible. This particular Monday is especially bad for many, as it’s the last Monday ever before Super Smash Bros. Brawl is finally released in the United States. We Nintendo Fanboys have to wait through an entire business week of work, school, and awful daytime television (depending on our chosen form of day structure), and somehow do it with the added agitating knowledge that Brawl is done and already shipped to many stores, but not to be released for another six days.

In a perfect world, we could just down some WaitMate and coma ourselves to Sunday. Unfortunately, the drug has not yet been approved by the FDA. As a consolation, please accept this top five list of Brawl-like alternate experiences. I guarantee these suckers will dull that heightened sense of Brawl desire you’ve built up in your soul.

An early work by Masahiro Sakurai, the mastermind behind the Smash Bros. series, Kirby Super Star is both an interesting semi-prequel to the Smash Bros. series and a fun game in its own right. Like Brawl and Melee, Kirby Super Star is actually many smaller games compiled together into one big experience. There are games here that anyone could play, like the Megaton Punch competition, and other much more in-depth and challenging portions like Revenge of Meta Knight game. Take that level of inherent variety this multi-game cartridge offers, add over 30 transformations for Kirby to power-up into, 35 bosses, and 60 “treasures” based on items from other Nintendo franchises like F-Zero, Earthbound, Zelda, Metroid, and Mario, and you get a total package that feels remarkably deep and satisfying.

An especially ass-kicking moment in Kirby Super Star happens in level two of the Spring Breeze game when Lolo and Lala from the NES classic The Adventures of Lolo suddenly show up and try and kill you. It’s just one of the many unexpected cross-over moments that Kirby Super Star has going for it.

Incidentally, the DS remake of Kirby Super Star will (hopefully) hit some time this year. So if your SNES is collecting dust and you have no optimism for a Wii VC release, you can just wait for the DS to come to your rescue.

So, as you probably know, I’ve played Brawl. I haven’t finished it, but me and that WPI chef guy put in at least an hour on Subspace Emissary, and an additional two hours just in multi-player mode. So I at least sort of know what I’m talking about when I say that Marvel Vs Capcom 2 may still be the greatest cross-over fighting game ever made, even better than Brawl.

A lot of Destructoid readers were not even teenagers yet when Marvel Vs Capcom 2 was in arcades, and the PS2 port of the game had an extremely low print run. It’s highly possible that some of you have never even heard of the game, let alone played it. If you are a member of the “Marvel Vs Capcom 2 virgins club”, I urge you to change that about yourself. Now. Marvel Vs Capcom 2 game features characters from every corner of both the Marvel and Capcom universes. From Mega Man to Shuma-Gorath (no relation to World Famous), from Jill Valentine to Cable, Marvel Vs Capcom 2 features just about every Capcom and/or Marvel character that has ever meant anything to anybody. I mean, the game features Adamantium-claw Wolverine and Bone-claw Wolverine. How much more thorough can you get?

The game is incredibly complicated to play, much more so than any Smash Bros. title. As such, it may be a turnoff for the softcore Smash fans out there. However, if your favorite aspects of Smash Bros. series are the fast-paced, anything-goes martial arts battles and its huge cast of unlikely competitors, Marvel Vs Capcom 2 just may be for you.

This show is completely nuts. It gets almost everything wrong, to the point where it almost seems like the show’s writers were trying to make us feel uncomfortable. Mother Brain is voiced by a Little Richard impersonator. Mega Man is green, deep-throated, and has a visor. Simon Belmont is metrosexual. It’s all like a bad dream.

If they ever made a Super Smash Bros. TV show, this is probably what it would be like. Isn’t that sad? Watching this show for a couple hours may actually make you want Brawl less, depending on your taste for horrid ’80s cartoons. Either way, watching this show will in some way satiate your need to devour a huge video game cross-over. Only thing is, devouring this one may just make you sick afterwards.

Only one cross-over experience can claim to be more nauseatingly awesome than Captain N. That experience is none other than DreamMix TV, the Japan-only PS2 and GameCube game that did its best to ride Melee‘s coattails straight to the bank. The game’s cast featured toys from the Takara company and game characters from Konami and Hudson. The entire cast of the game is as follows: Simon Belmont, TwinBee, Power Pro-kun, Solid Snake, Moai (Gradius series), Bomberman, Master Higgins, Yugo the Wolf, MomotarÅ, Sengoku Manjimaru, BimbÅgami, Optimus Prime, Tyson Granger, Microman, Licca-chan, Aska, and Megatron.

That’s right, folks: thanks to this game, our own Mr. Destructoid is only one degree of separation from both Optimus Prime and Solid Snake. That makes him just two degrees of separation from Shia LaBeouf, and three from Darth Vader. For that reason alone, DreamMix TV deserves a place in every Destructoid faithful’s library.

One warning, though: the game is nowhere near as well-crafted as any of the Smash Bros. games. The only reason DreamMix TV is ranked so high on this list is the high likelihood that you haven’t played it yet, or even heard of it before. If Melee is a delicious steak, then DreamMix TV is a McDonald’s cheeseburger. Sure, they are both technically made of beef, but they taste so radically different they may as well have come from separate planets.

For a more in-depth review of the game, check out Siliconera. They did a bang-up job describing the thing.

This game made it to the top spot for many reasons. First and foremost, it’s awesome. Secondly, it’s the only arcade game I have ever played that actually feels a lot like a Smash Bros. title. It’s rumored that the Outfoxies team went to Nintendo right before the first Smash Bros. game went into production, and that they used Outfoxies as a template for creating their particular brand of 2D fighting.

The third reason this game made it to number one is that you probably never played it before. When it was released in arcades, the 2D scene was on its way out, and those few players still loyal to 2D fighters were firmly stuck in the Capcom/SNK corner of gaming. OutFoxies is a completely different animal than Street Fighter or King of Fighters. Its eccentric cast — including a monkey in a suit with a machine gun, two creepy twin children who some how fight in tandem, and a wheelchair-bound master of technology — was far from conventional. No muscle-bound fighters here, just a bunch of Bond villain-like weirdos with a death wish.

Actually, those aforementioned weirdos are actually assassins, prepared to not only defeat their opponents, but murder them as well. Anything and everything in the environment may potentially be used as a weapon. The only rule is you must kill, and by any means necessary. When it comes to both weirdness and non-stop violence, even Suda51 ain’t got nothing on Outfoxies.

If you are a savvy traveler of the intertubes, you will quickly and easily find a way to play this game. I highly recommend you do so, especially during this last stretch until Brawl arrives. I guarantee that if you fire up OutFoxies with a friend, the minutes until Sunday will literally fly by.

Or, you could just spend another six days tourturing yourself by watching these vids of the Smash Bros. Brawl tourney at WPI from part one of this series. Either way, the wait is almost over.