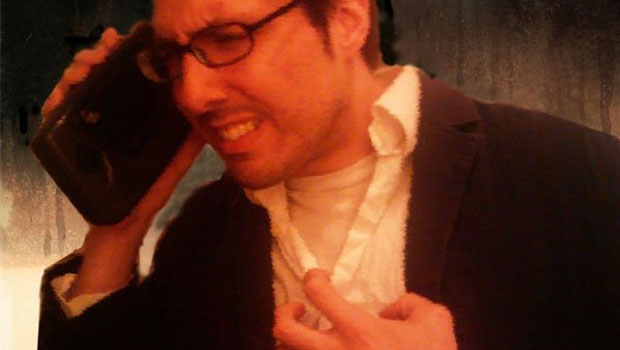 Konami has finally put a firm date on Silent Hill: Shattered Memories for the Wii — December 8. How appropriate, considering the game’s icy setting.

If your arms tire out easily, but you still wanted to get your Silent Hill on, you’ll have to wait a bit longer. The game is also slated to hit PlayStation 2 and PlayStation Portable, but those versions won’t see release until sometime later. Yes, that’s all of the info we have. Konami actually said they will be “following shortly.” One week? A month? A year? The term “shortly” is relative.

While you wait, you can hit the jump to check out character bios for the collection of malcontent weirdos that will appear Shattered Memories, straight from Konami.

Harry Mason – While driving through the spooky streets of Silent Hill, Harry’s car skids on a patch of ice and veers off the road into a ditch.  Upon waking from the crash, he realizes his daughter Cheryl is missing and sets out into the dark, freezing night to find her.

Cheryl Mason – Harry’s daughter who has mysteriously disappeared, causing him to brave the streets of Silent Hill.  She’s a cheerful girl who loves her father very much.

Cybil Bennett – After years on the police force, Cybil has seen a lot of crazy things, but she’s not quite sure what to make of Harry Mason. She decides early on to keep an eye on him, and their paths cross repeatedly.

Dr. K – A friendly, relatable therapist who shows up periodically to evaluate the player.  His therapy sessions consist of interactive psychological test which players will actually take part in.

Michelle – Michelle meets Harry at her High School reunion, however he doesn’t remember it.  Tired of waiting to meet up with her boyfriend, she decides to aid Harry in finding his daughter.

Dahlia – A tough, street-wise young girl, Dahlia seems to know quite a bit about Harry.  The fact that he can’t remember anything about her confuses Dahlia as much as it does Harry.

Lisa – Lisa is a nurse at Alchemilla Hospital. Although she’s young, lines of experience are already evident on her face.  Despite her cynicism, Harry finds himself protective of Lisa and offers to lend her a hand.