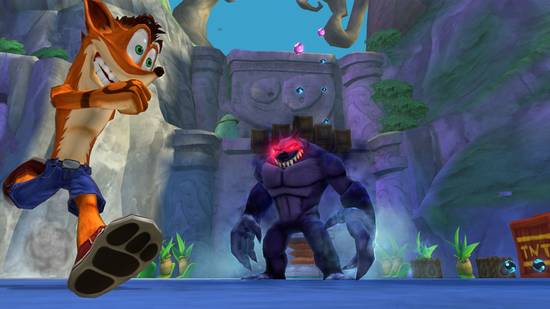 Dr. Neo Cortex is at it again with his evil plans and world domination schemes. The only hero that can stop him is the O.G. Sony mascot, Crash Bandicoot.

Crash: Mind Over Mutant is the fifteenth installment in the long-running series and the latest game is set to expand on the elements introduced in the last game. So how’s the latest Crash game looking? Just hit the jump for my impressions of the game to find out. 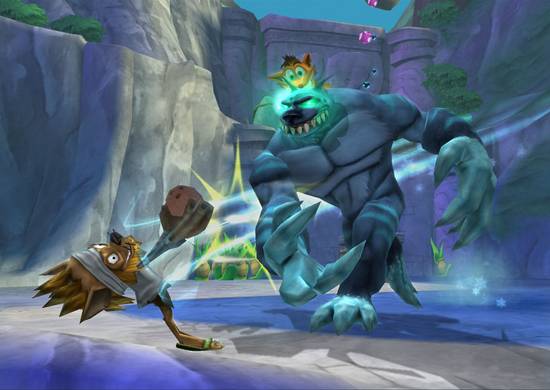 The story this time is that citizens of Crash’s world have received devices that have distracted them from their day-to-day lives. The devices do everything imaginable but unbeknownst to everyone, the devices are pumping evil mojo into the poor citizens. So now it’s up to Crash to save everyone again but with the help of enslaved captured mutants.

One new aspect that’s going to help set Mind Over Mutant apart from previous Crash games is that all the worlds you go through now are completely free-roaming. You can take any path you wish, go wherever you want to go and do things how you want to do them. A lot of the levels will actually require you to replay through them because some of the sections can’t be accessed without specific mutants.

That brings me to the next new addition to this Crash game: Crash can now carry around with him two different monsters. While he’s using one of the mutants, his reserve mutant is just hanging out in Crash’s pocket. There will be between 15 to 18 different types of mutants, as well as Hero class mutants for Crash to abuse. 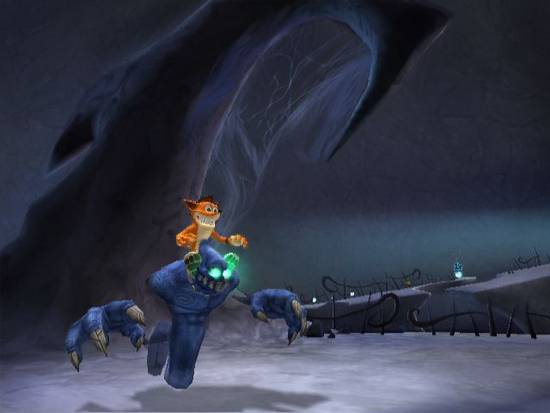 In order to capture a mutant, you just have to fight them till they get weak enough for you to hop on top of their head and mind control them. Monsters will range from ones that have strong attacks and ones that move very fast to a bunch of others. All the mutants will have at least two attacks, melee and special. The specials are all based on the mutants’ respective traits. So the snow monster can freeze enemies or water, so you can walk on the ice. Another monster turns into a ball and you have to ride him around for his special. Other specials we saw included time slow-mo and one that can use telekinesis to move objects. A lot of the puzzles are all based around a mutant’s special powers so there will be a lot of back tracking.

Defeated enemies will drop Mojo Orbs which can be used to upgrade Crash. The specific wasn’t given as to what will be upgradeable, but I think it’s safe to assume that Crash’s melee attacks and his mutants can be upgraded.

Overall, the aim for Crash: Mind Over Mutant is to make people laugh as much as possible. The devs want people to enjoy themselves when playing the game and get a good laugh from the dialogue and what happens on screen. The game will have voice talents from such cartoons as SpongeBob SquarePants, Invader Zim, and Grim Tales of Billy and Mandy, among others, to help out with the humorous feel the game is going for.

Crash: Mind Over Mutant should be arriving this Fall for the PlayStation 3, PlayStation 2, Xbox 360, PSP, DS, and Wii.