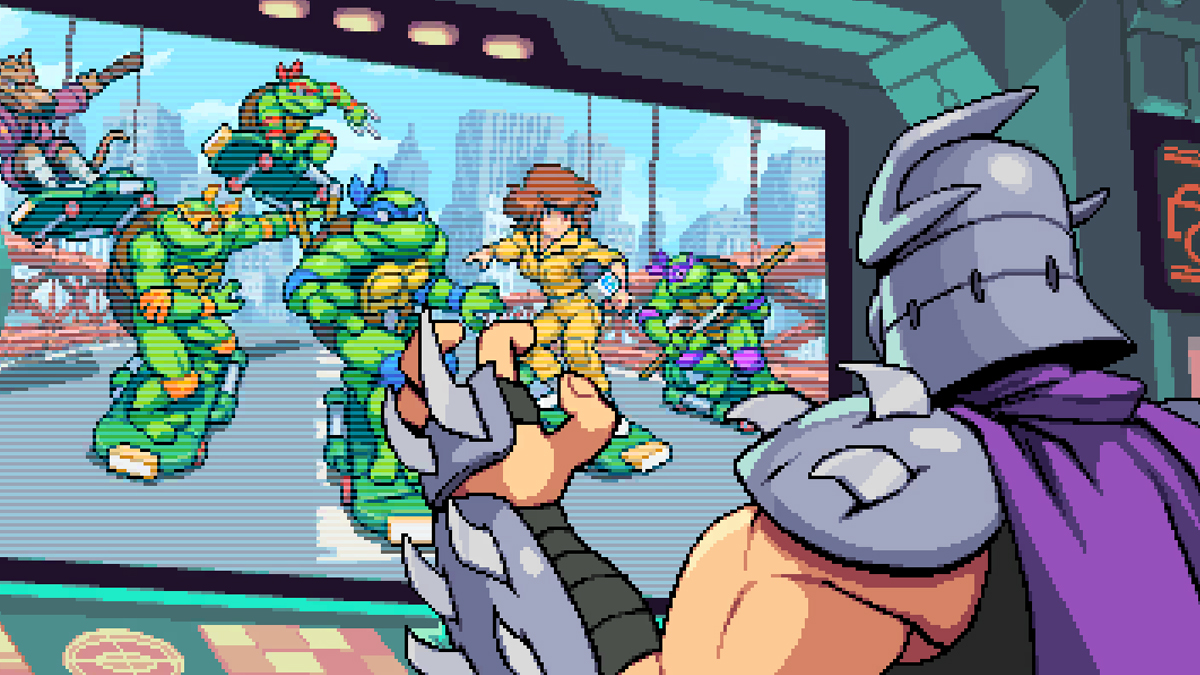 One of the most delightful games of 2022 was Teenage Mutant Ninja Turtles: Shredder’s Revenge. From the team over at Tribute Games, it was a wonderful return to form for the heroes in a half-shell, capturing the early ‘90s era of great arcade action amidst the current resurgence of the beat’em up genre. The game dropped on all major platforms last year, and earlier this week, it finally made the jump to mobile through Netflix Games. While I’ve already enjoyed Shredder’s Revenge on my Switch, I wanted to see how it played on my Pixel with and without a Bluetooth controller. Let me tell y’all, I am not disappointed.

Shredder’s Revenge mobile is the same beat’em up experience you can have on console and PC, but now far more convenient for anyone who doesn’t like to travel with their Switch or Steam Deck. You can link up with up to five other players online to blast through the campaign (or sneak into someone else’s party if they’re finishing up the game to quickly unlock Casey Jones). If you have a controller for your phone or tablet, it’s obviously the best way to experience a game that often requires some precise movements. If you’re stuck using touchscreen controls, they’ll get the job done just fine. Unfortunately, the directional pad is the type that doesn’t follow thumb placement, but I found maxing out its size gave me more accurate control over the turtles than the standard size. Fat thumbs and all.

The controls for touchscreens are customizable to a certain point, mostly limited to button size and spacing, but it’s worth taking the time to get the best layout possible if you want to attempt this game on its harder difficulties. The directional pad was the only change I had to make to get this game to work well for me.

Last year, Dotemu–which published Shredder’s Revenge on console and PC–ported its highly celebrated Streets of Rage 4 to mobile platforms, and I found the game worked well enough given the issues I had with my fingers covering the screen. While that’s still a possible issue with Shredder’s Revenge mobile, it’s less of a problem when it happens because of sprite sizes. Character models in this game are a lot smaller than what we see in SoR4 and it’s easier to keep the action centered on the screen. Traps and pits, which could sometimes be troublesome to get past in SoR4 mobile don’t really pose a problem here, again due to the sprite size and overall high-flying nature of Shredder’s Revenge. Because of that, I think this is the better option for your mobile beat’em up needs.

Of course, Teenage Mutant Ninja Turtles: Shredder’s Revenge is a worthwhile play no matter what device you’re using. Thanks to Netflix, now more people will have a chance to experience the game our own Chris Moyse called “absolutely worth shelling out for.”