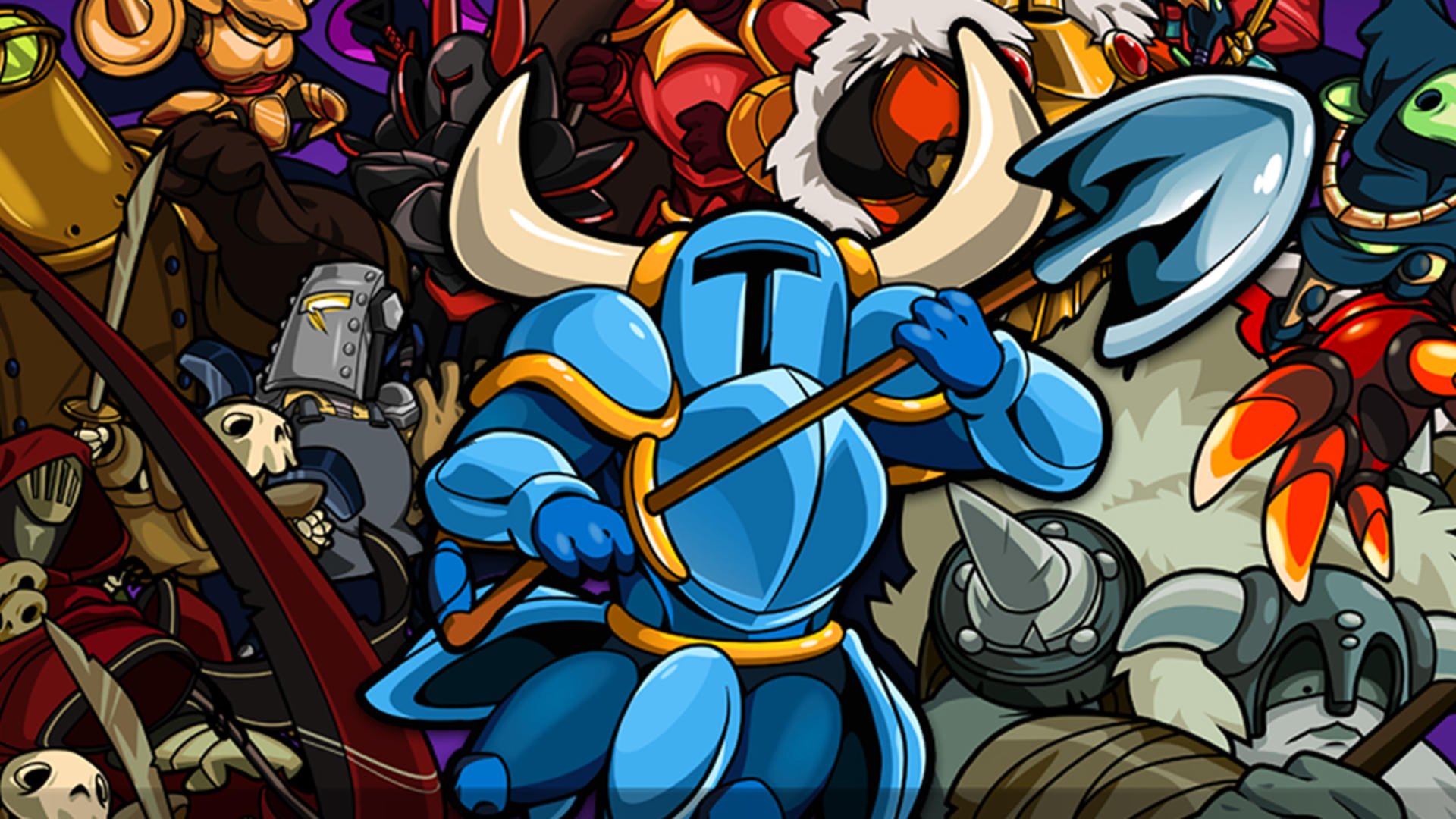 ‘We could definitely see ourselves returning to Kickstarter in the future’

Although I had a feeling Shovel Knight would take off, I didn’t think it would take off as much as it did. I mean the little guy has a cameo in pretty much everything from puzzle games to rhythm romps now, and even managed to snag appearances from God of War‘s Kratos and Battletoads‘ trio.

But this level of success didn’t just come out of nowhere: it was slow going. After all, the game originally launched back in 2014! I talked with Yacht Club Games’ Sean Velasco and David D’Angelo about the past, present and future of Shovel Knight.

To put things in perspective, Shovel Knight is on the cusp of releasing its final set of expansions, and it’s a tow-fer: King of Cards and Showdown. The first is a traditional extra villain campaign with a card game twist, and the latter is a full takedown of Super Smash Bros. with multiple playable characters. It’s kind of a lot. Velasco and D’Angelo think so too.

When asked how arduous this whole process has been, they responded with a chipper sense of pride: “It was way too long, ha! No, but seriously, we feel so honored that we were afforded the time to develop each of the games in Shovel Knight: Treasure Trove to its full potential. And all in all, we actually made them pretty quickly… 5 games released in 5 years is unusual for any company! While it has been a long journey, we’re so proud of all five games in Treasure Trove- and we hope fans will enjoy playing them as much as we loved making them.

The team notes that they “wish they could get [their] games out there faster,” but ultimately “put [their] all into each one,” which accounts for the longer development times. Following up, they explain, “We do wish we made it clearer what we were developing with Shovel Knight: Treasure Trove as its scope grew. It’s been difficult to explain that if you bought Shovel Knight five years ago, you will still receive all 4 additional games added for free as updates. We worry that this unusual update concept will keep players from discovering the additional games, but we’re doing our best to get the word out.”

So near the finish line, how are all the platforms doing? Yacht Club Games says that Switch accounts for “25% of total sales on all platforms,” a figure they call “wild,” while pointing out that Treasure Trove is selling “decently” on everything. But everything is said and done now, and it’s time to think about what’s next. I asked if Kickstarter was ever in the cards again, and the duo said they could “definitely see [themselves] returning to Kickstarter in the future,” but hope they’d never be “cash-strapped” like they were in the past. With the caveat that they’d only use it for a “huge ambitious project,” they explained that they adore the community aspect of Kickstarter, and “building [the game] with fans was one of the most rewarding parts of the project.”

But King of Cards is just around the corner! According to Yacht Club Games, the kernel of the idea of a card game was always there, and the team “[has] a hard time not following through with a goofy idea” once it gets in their heads. The team also wanted King of Cards to be a “big send off” and feel less concise compared to the last expansion (Specter of Torment). But it’s not all card-based. Yacht Club says that “skipping card battles is something we had in mind early on,” and the minigame gets its direct inspiration from Final Fantasy VIII‘s Triple Triad: including the ability to skip it.

They expand on that inspiration, stating: “One of the fun parts in Final Fantasy VIII was how players could utilize their cards to get items and materials in battle. The tricky part for us was figuring out if we should have this same kind of gameplay overlap. After a lot of experimentation, we realized it would be best to keep the gameplay separated. We simply didn’t want to force platformer fans to endure a card game in order to get the best items or upgrades. We compromised by having the card battles reward you with special currency and gold, which players can use to expand their platforming adventure. These rewards fed nicely into the decisions and pathing options you could make on King Knight’s map.”

But there’s another big expansion coming: Showdown. Yacht Club Games had a lot to say about it, calling it their biggest challenge yet: “It’s hard to say how long Showdown took in comparison to the other games because development was so intertwined. We actually worked on Showdown for the longest period, as we originally started on it during Shovel of Hope [the base campaign], pecking away at it here and there during every campaign. The last year has solely been dedicated to Showdown’s development. It’d probably be fair to say we spent around 15 months total working on it full time – comparable to the other games in the series, though the development focus was quite different!”

As for its legacy, they hope Showdown catches on at conventions. I pointed out that Super Smash Con, with its indie corner, would be perfect for it. The team agreed, responding in humble fashion, “That’d be insanely cool, and we’ve talked about it a lot. We’d love to support something like that coming to fruition! It’s hard to imagine Shovel Knight Showdown being in the same ranks as Smash Bros or Street Fighter, though. Maybe someday. We just hope people gather up to play with their friends and have a great time.”

Stay tuned for our review of the final (!) King of Cards expansion and the Smash Bros. Showdown mode next week.