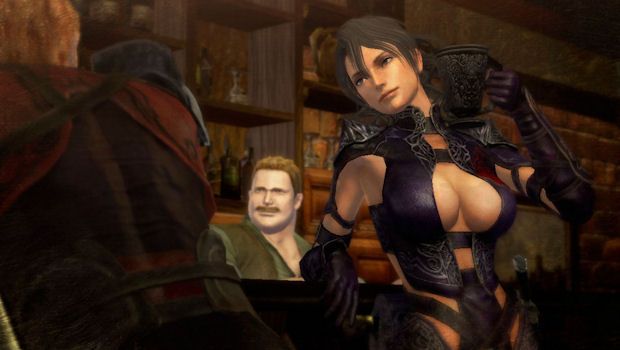 Here’s a gallery of screenshots for anybody interested in PS3 exclusive RPGs developed by the guys who make Dynasty Warriors. I realize that’s a very small demographic, but nevertheless I’m pretty interested in Trinity: Souls of Zill O’ll, so sod the rest of you.

These screens show off big boobs, androgynous men, and that interested watercolor effect that have made the graphics so appealing. As far as the game goes, I got to play a bit of it at E3 and it was good enough to make me cautiously optimistic about the game’s chances. Tweak the AI a little bit and we might have a nice little game on our hands, albeit one that will probably sell five copies in North America.