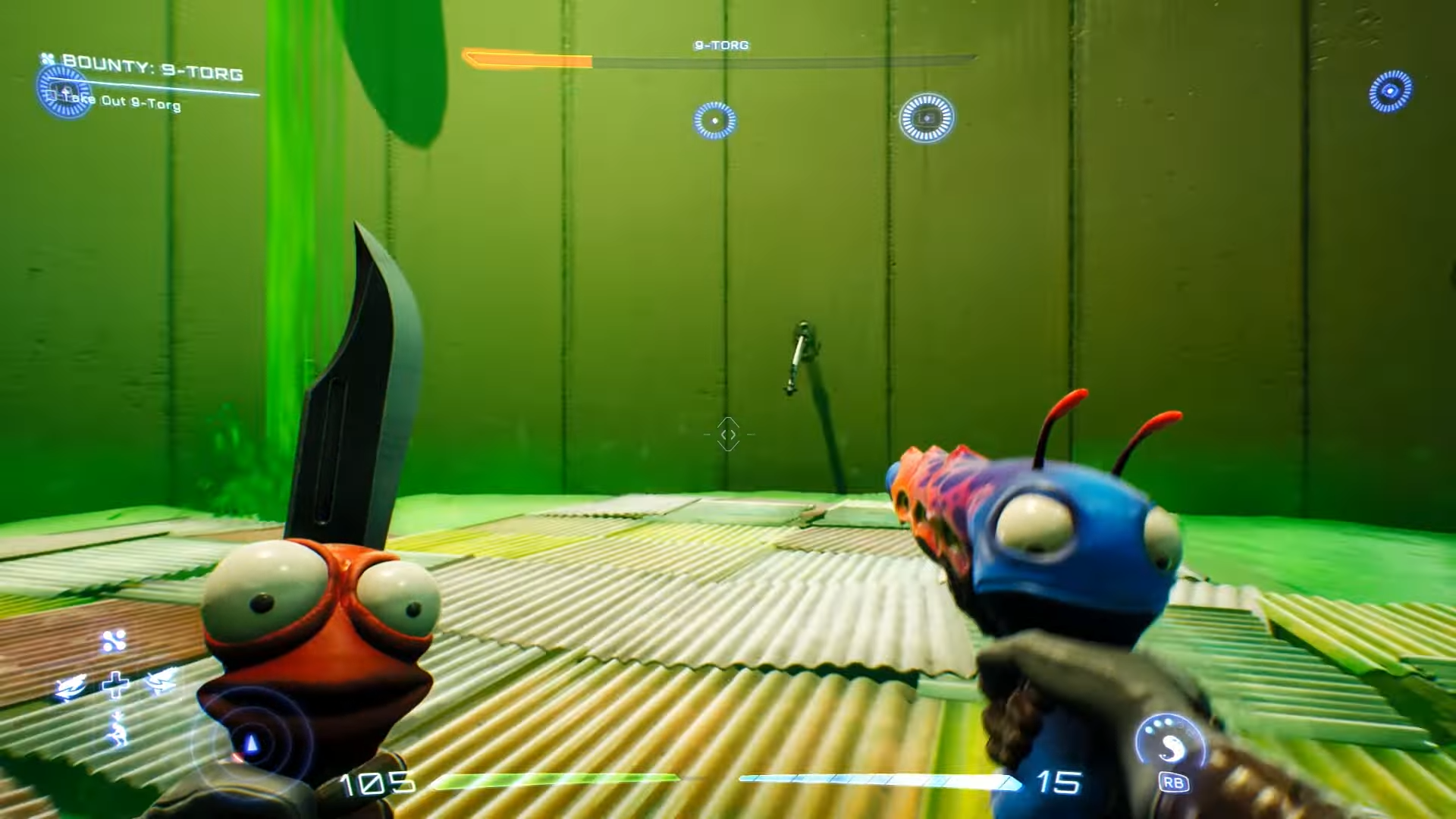 Don’t get too hung up on it: decide in the moment

Briefly into High on Life, you’ll get a series of rapid-fire choices that have almost no bearing on anything outside of a few (sometimes running) jokes. The chance to kill 5-Torg is one of those moments.

It doesn’t matter if 5-Torg lives or dies

One of the first bosses you’ll face in High on Life is 9-Torg, which is mainly a tutorial for your whipping grappling hook mechanic. To take this boss out, just stick to the skies, get a few potshots in while you’re flying around, and go back up to whipping around the arena. Nearly none of 9-Torg’s attacks have any degree of accuracy while you’re up there, and many of them are ground-based.

After taking out 9-Torg, you’ll be left with a choice: you can kill their sister 5-Torg, who is tied up in the middle of the arena. There’s no fight per se, but if you do choose to shoot at her, the game calls it a “bonus boss” in jest. You can choose to let her live or take her out, and results are the same.

Whatever you get out of this sequence is up to you, as there’s no achievement linked to it.

Related: Does High on Life have multiplayer? on Gamepur