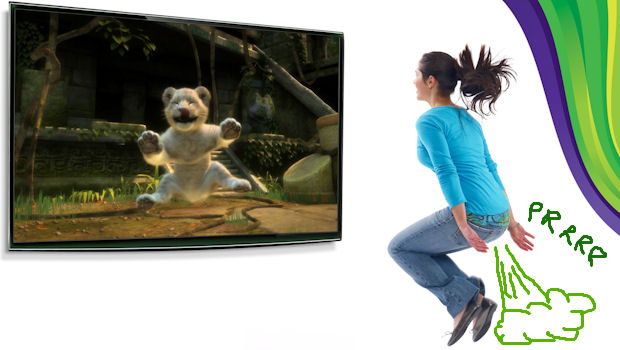 Here is a selection of screenshots featuring people looking like dicks in front of Kinect’s big EyePet knock-off, Kinectimals. If you’ve ever wanted to jump around in front of a sentimental tiger, then Microsoft has the answer for all five of you!

Joking aside, Kinectimals looks to be among the most compelling of Kinect’s first-party lineup, although that’s not saying much amidst all the casual crap and an on-rails Harry Potter. I can at least imagine scraping a modicum of fun from this game, as opposed to waving my arms around and watching some ginger rat-faced wizard toddle off on his own accord.

Anybody even semi-considering picking this up?