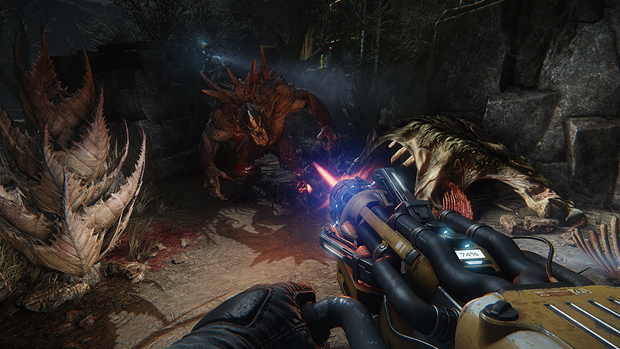 As part of its financial results, Take-Two Interactive announced that Turtle Rock Studios’ cool-looking shooter Evolve has been pushed from an October release to February 10, 2015.

In a statement, 2K said the additional time will allow Turtle Rock “to fully realize the vision for Evolve and meet our collective standards of creative excellence. We are encouraged by the press reaction and fan excitement coming out of a very successful E3, and we are now certain we are headed in the right direction with the game and we are confident in delivering a genre-defining product when Evolve launches on February 10, 2015.”

On the one hand, there are so many games set for October that I’m relieved there’s now one less to worry about. On the other hand, damn — I really wanted to play Evolve this year!

2K will still have Grand Theft Auto V for PC, PS4, and Xbox One in the fall. That’s something.