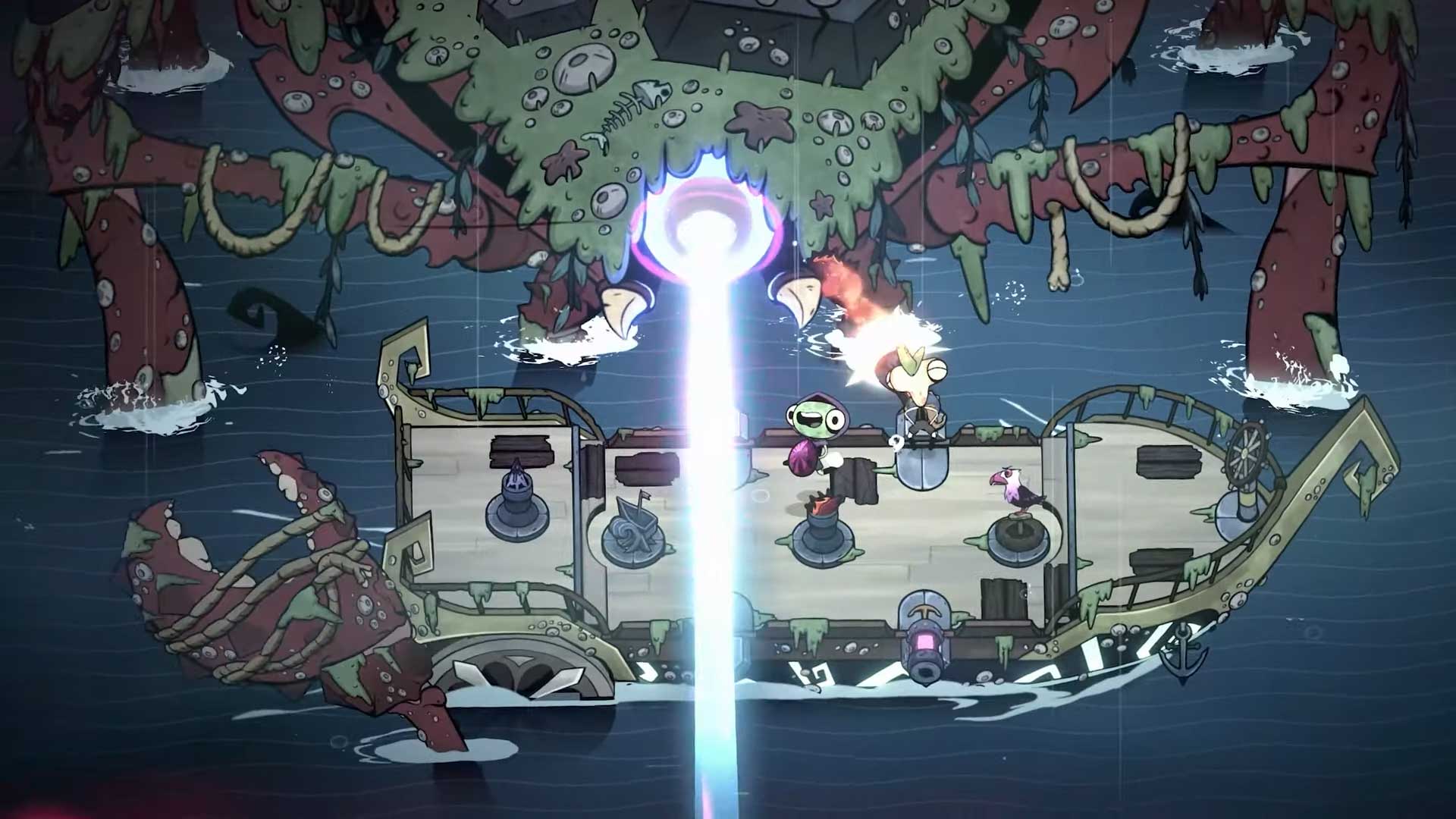 Launching November 22 on PC and consoles

Ship of Fools is the latest co-op game to catch my eye, and if you liked Lovers in a Dangerous Spacetime, this “aquapocalypse”-canceling adventure might speak to you too. Sailing alone or with a mate, you’ll fire off cannons and swat creatures on deck.

This is a roguelite game, so the stakes are high if (when?) your ship goes down. You’ll need to make repairs as you go and smartly chart your course on a shifting map screen.

There are “100+ trinkets and artifacts to collect and combo for winning strategies,” according to the developers, and different Fools — “the only creatures fool enough to brave the sea” — have different abilities. Some of the items I caught in the trailer were dynamite, harpoons, and a snow cone that grants a “10 percent chance of Ice” for cannon projectiles. I also think that sand dollars are a particularly cute, on-brand form of currency.

With teamwork, good fundamentals, and likely a bit of luck, you’ll take down leviathans like a laser-firing colossal crab. Positioning yourself and your cannons seems to be key.

If things get too heated, I might start dropping Captain Lee quotes.

I’ve played plenty of games that fall under this umbrella, but not that many roguelites with co-op at the forefront. My tolerance for repetition is much higher when there’s another player in the mix, and this seems like an approachable amount of chaos.

Ship of Fools is the first big game from Quebec City-based Fika Productions.

You can wishlist it on Steam if you’ve got a foggy memory like me, and if you’re attending Gamescom, Ship of Fools will be playable at Team17’s consumer booth (Hall 7.1/B-040).