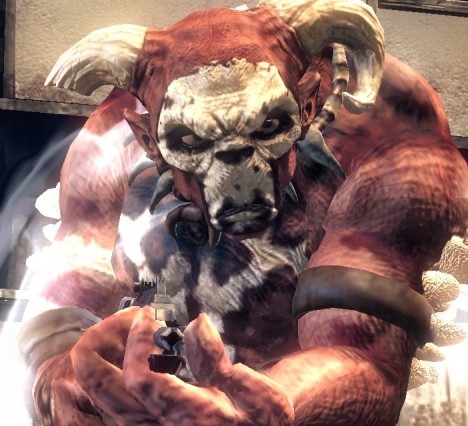 This week, Destructoid had a chance to sit down with the guys from Microsoft and FASA studios to get a good look at Shadowrun — their upcoming team based combat game for the Xbox 360. Always ready to enjoy some fragging, we spent a couple of hours playing and are here to tell you all about it. Those familiar with the Shadowrun franchise might be a little surprised at what they’re about to find.First of all, if you harbor fond memories of Shadowrun for the Genesis or SNES, or even the original Shadowrun card game, now would be a good time to put them on hold. Immediately, you’ll notice that this isn’t the Shadowrun you expected. Instead of making a first person RPG, the folks over at FASA studios have gone a different route with the franchise and created a RPG-style first person shooter.

Understandably, the concept of RPG-based FPSs may seem strange at first, but by basing the game in the world of Shadowrun, the developers now have the ability to introduce new techniques into the FPS genre under the guise of magic. With the addition of magic, you now have the ability to teleport through walls, turn to smoke, bring teammates back to life and more. The developers added these magic abilities to dramatically change the way you would normally play a FPS. Studio manager, Mitch Gitelman, sums it up best:

Not only does the player have some new abilities to look forward to, the game itself also provides some nifty features, such as being Microsoft’s Live Anywhere launch title. FASA tested the balance between PC and 360 extensively by using Counter-Strike and Halo league players as testers. With their input, the game plays so well over the service that you can’t even tell who’s on PC or 360. A good sign for the upcoming service.

With all that said, some people may still be turned off be the game’s presentation — trolls and dwarves don’t exactly imply fast paced combat. But don’t let the Shadowrun name fool you, the action is fast, and if I may say so, furious. Hidden beneath the game’s RPG like exterior, is a complex shooter filled with new techniques that kicks some dust off the FPS genre.  Just remember, this isn’t an RPG with guns, this is a shooter with elves, angry ones. 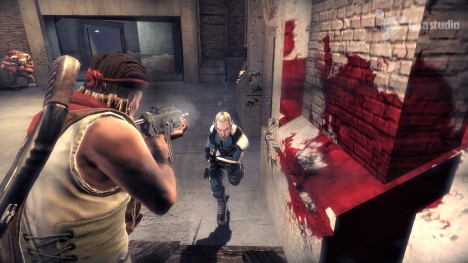 I would like to preface this by saying two things; I’m not much of a shooter fan, and I only played the game for an hour. Not only that, the version we played was not the final build, kay? Good.

With all that being said, I really didn’t get into this game. Even though the graphics were great, the controls were awesome, and the story line was up my alley, I just didn’t feel pulled into the game at all. It felt like the story’s only purpose was to provide a vehicle for the inclusion of the magic abilities.

Now, the magic abilities were neat, but they didn’t do enough to keep me wanting to play. In fact, the option to map your magic and tech effects to any shoulder button hindered my interest more than helped it. Normally I applaud this kind of freedom, but every time I changed an ability, I kept forgetting which button did what, usually to my disadvantage. I think that’s the reason the game didn’t grow on me.

See, Shadowrun isn’t a game you just pick up and play, it’s a game that’s for the serious shooter fan. There is a lot more innovation here than can be appreciated in the course of an hour. You really have to sit down with it and learn a new style of combat before the game opens up for you.

With more time, I felt that I could have warmed up to what Shadowrun offers. But for now, I’m content to say that it is a well made shooter that will definitely find its own fans.