While anyone who listens to RetroforceGo! knows that the first time I came face-to-face with sexual content in a game was playing Leather Goddesses of Phobos on my uncle’s Commodore 64, the game I chose for today’s article came along just a little later (and don’t worry, I’ll examine Leather Goddesses in a future installment!). That game is Golgo 13: Top Secret Episode, and you can find out why it turned my eleven year old eyes into saucers by following me past the jump.

As a kid I used to walk two blocks every other day to a game store that happened to be on the corner of my street called Performance Hobby. They sold models of airplanes and tanks and such, but noticing the popularity of the recently launched Nintendo Entertainment System, they decided to rent games as well. I’ll never forget walking down there with a five dollar bill, carefully picking out my two games and walking back to my house with the green plastic rental boxes in my slightly shaky hands. Those were incredible days.

I had no idea what I was about to witness when I made that walk with Golgo 13: Top Secret Episode, but I was captivated by the game from the moment I turned it on. The moody atmosphere and mysterious story were completely different from anything else I had ever played on the NES, and I completely lost myself in the experience.

When Duke Togo went with his first female informant to a hotel room, you would assume I would have known what was coming, but being eleven years old, I had no idea. I did however experience a feeling I had never had before as the game pulled to a long shot of the hotel with Duke’s room illuminated and I watched the woman kiss him, then the lights wink out. I remember feeling kind of stunned as I sat there with the controller in my hands. The game moved forward to the next day, and my health had been completely restored. Wait…what?

I had experienced my first real mature moment in a videogame. While what happened was absolutely tame by today’s standards, reflecting back on it I feel like it was more provocative than many of the more graphic things that came years after it (not to mention it’s the same formula that God of War famously used much later down the line). Even though as an awkward kid I didn’t know exactly what had happened, I could IMAGINE what had happened, and it stuck in my consciousness like a tiny grain of sand, always reminding me that the future could hold a kind of gaming experience that I couldn’t even imagine yet. Also, I had gazed into a moment of my own sexual discovery, no matter how brief.

Also, I might not have realized what I had seen, but I did know that Duke Togo was a badass. For instance, look at his emotions in a wide variety of scenerios: 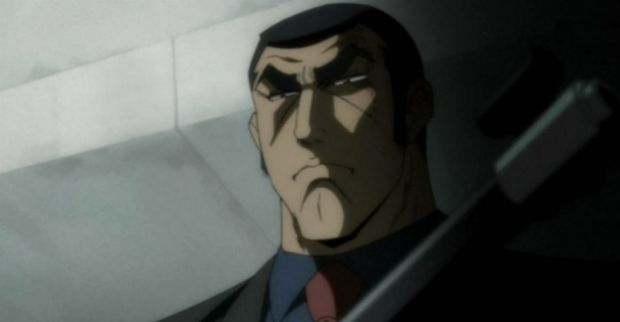 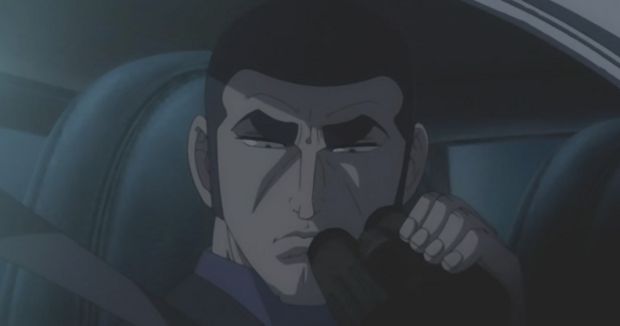 Duke is turned on

As you can see, the man has one all-purpose expression for everything. Years later, watching Duke seduce a lovely lady and proceed to ram the hell out of her without once losing his impassive expression (or lack thereof) never failed to make me laugh and remember way back when I saw him do it for the first time. If only I could have grasped at the time what an epic pimp I had made the acquaintance of!