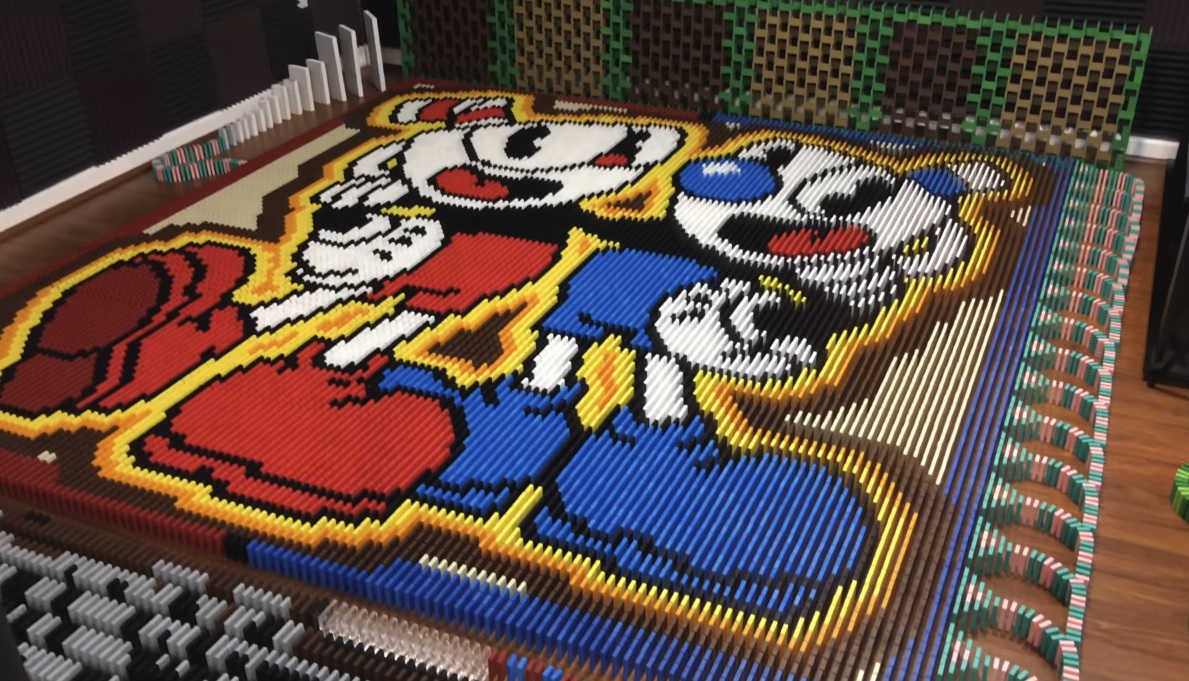 I don’t know if I have the patience

Even though I doubt I’d ever create a project that involves over 22,000 dominoes, I can appreciate the Rube Goldberg aspect of it all. These consistently updated videos from TheDominoKing always find a way to showcase new little tricks of the trade, and thew new Cuphead project definitely has a few of those.

TheDominoKing has been posting videos for roughly six years now, and in the past year, has pivoted his channel to almost exclusively gaming related domino creations. Yet, I always cringe when they hit the first domino! Seeing everything they worked for literally fall into place probably makes them happy, but I can’t imagine the cleanup and sorting involved.