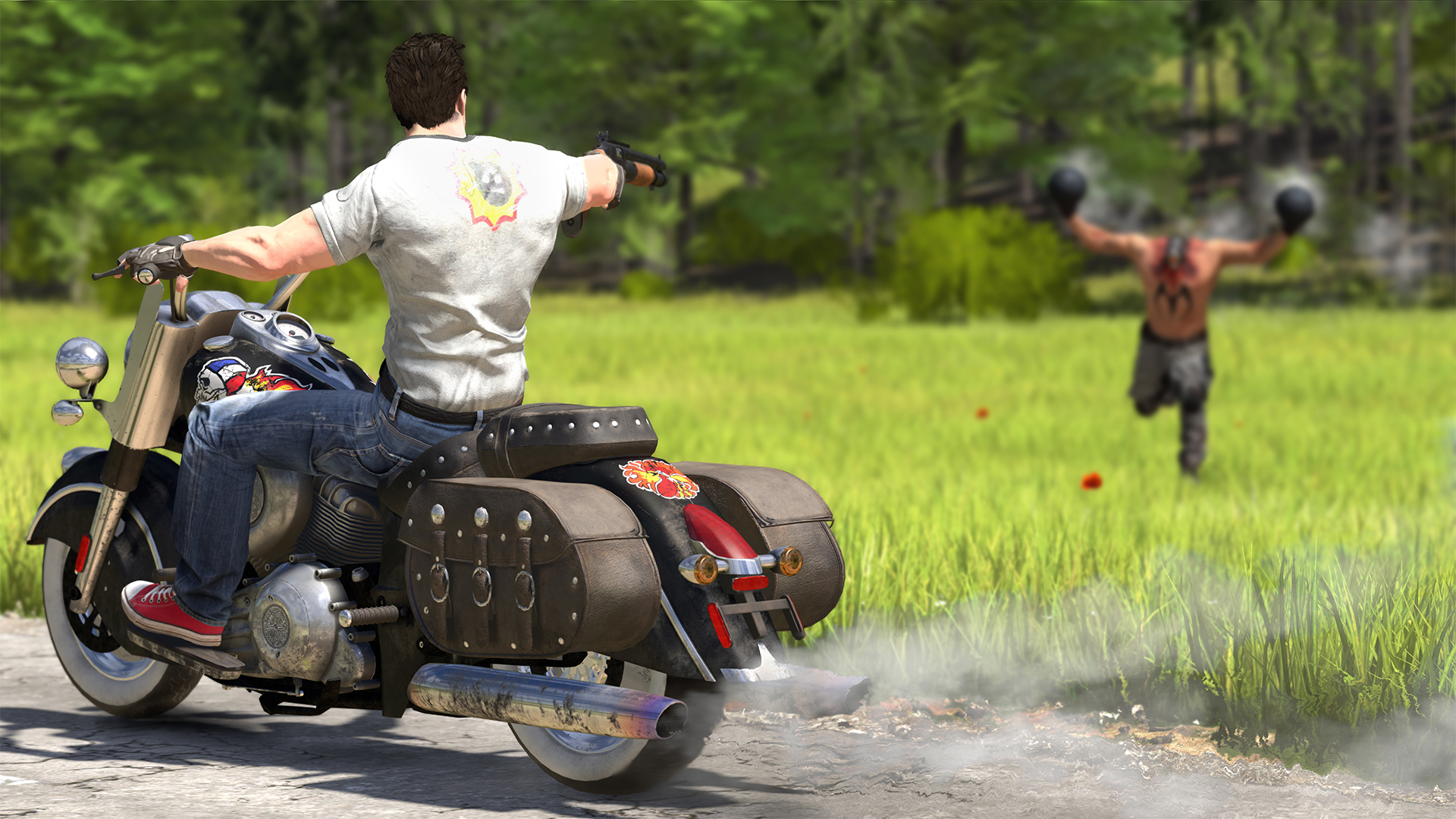 With legions of enemies

At a glance, Serious Sam 4 might look like an open-world game. It isn’t! It just has some really, really big levels. And with Croteam’s new engine tech, the studio can fill said levels with an absurd amount of enemies. Tens of thousands of foes rendered on-screen at once? Sure, why not!

During a hands-off demo of Planet Badass at E3, I saw Sam mow down a horde while riding a combine harvester, which certainly helped explain why Devolver Digital’s E3 lot had actual farm equipment.

While the game will still have more traditional smaller-scale levels, at the show, Croteam brought a massive 80-square-mile France level. Sam rode around on a motorcycle, shotgunning stray Beheaded Kamikaze as needed, and hopped off a few times to comb over conspicuous-looking areas for armor and supplies. Serious Sam 4 is a “focused, linear experience,” but it will have optional objectives to help flesh out the backstory, including encounters with friendly characters out in the world.

It was an early demo, but the general vibe I got was that players who just want the typical non-stop circle-strafing action will be able to make a beeline for the critical path. It’s still Serious Sam. That said, folks who are keen to take their time and scour the map for secrets will be able to do that, too.

Oh, and while I didn’t get to see it in action, Serious Sam 4 will let players drive a bulletproof popemobile. I can appreciate a game that knows what it is and doesn’t take itself too seriously.