How to help someone get away with murder

Murder is messy. Think about it; dropping even a single body means a pool of blood, evidence, and potential witnesses. To get away with murder, you have to either think quick or know someone willing to get their hands dirty.

In Serial Cleaner, that’s where you come in. 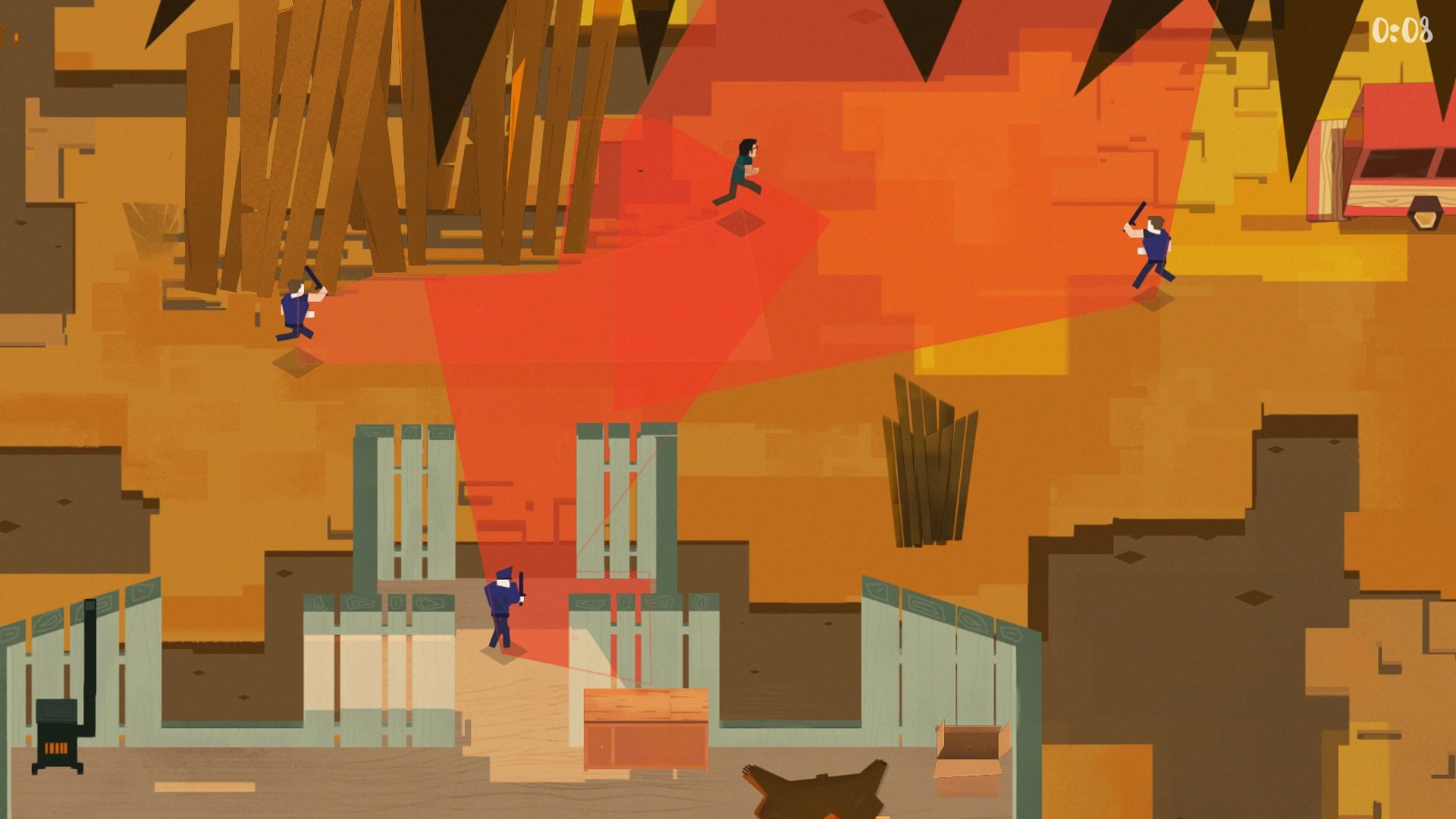 Serial Cleaner is all about tidying up crime scenes. Destructoid’s resident hair boy, Zack Furniss, called the game a “backwards Hotline Miami” when he checked it out on Polish developer iFun4all’s home turf. Based off that description alone, I was keen to play a demo build at PAX East.

Though the comparison makes sense, Serial Cleaner doesn’t just swap wanton killing with tidying up. Instead, the game uses its familiar framework to create a funky twist on the stealth genre.

“Our immediate inspiration was Hotline Miami,” designer Krzysztof Zięba told me. “But we wanted to make a game with the same pace, not necessarily in the same vein as how it plays.”

Zięba’s emphasis on Serial Cleaner‘s different direction was notable from the minute I started playing. After a short tutorial level, I had to sneak my way through a boxing gym and a neighboring basketball court — while avoiding police patrols — to secure a few pieces of evidence and make a body “disappear” into the trunk of a wood-paneled sedan. It took me a few tries to get a sense of the game’s flow, but after a while, I started to understand how Serial Cleaner works. You have to know when to make sure-footed progress, and when to lurk in the shadows. 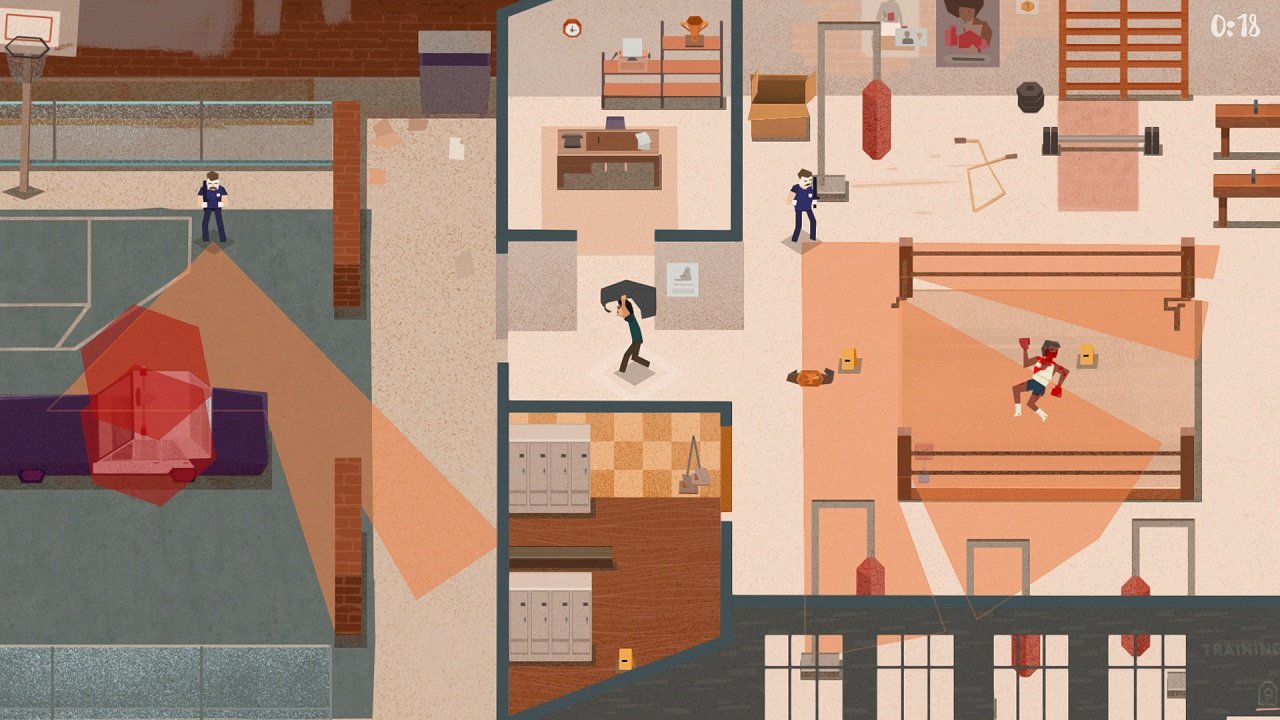 It’s never really slow, though. Like Zięba mentioned, Serial Cleaner keeps a brisk pace, even in early stages. The two patrolmen charged with watching over the boxing gym moved around often. I learned to wait until their backs were turned, diligently avoid their yellow vision cone, and hustle to my next hiding spot while taking care not to make too much noise. I’d dart around, pick up some evidence, and then wait for an opening that allowed me to lug the body off without anyone seeing me.

“As we continued [to develop] the game,” Zięba said “we figured out the specific direction we wanted to go, which was kind of ‘arcade-y.'”

Serial Cleaner, at least in its current Early Access state, makes good on its arcade-like designs. It doesn’t hound players for messing up or getting caught, instead, failure just means starting over. Evidence, bodies, and bloodstains are randomized on each restart, however, as well as potential hiding spots. This decision echoed Zięba’s previous point. Instead of loading a level and making a beeline right for my objectives, I had to take a few seconds — exposed and unprepared — to figure out where my quarries were located.

The PAX East demo had six levels. Each one was set in a different location than the last. I chucked bodies out of a high-rise, slinked around a wooded campsite, and lurked amid shipping containers at a cargo hold. According to Zięba, the current Early Access build has fifteen levels with more to come. 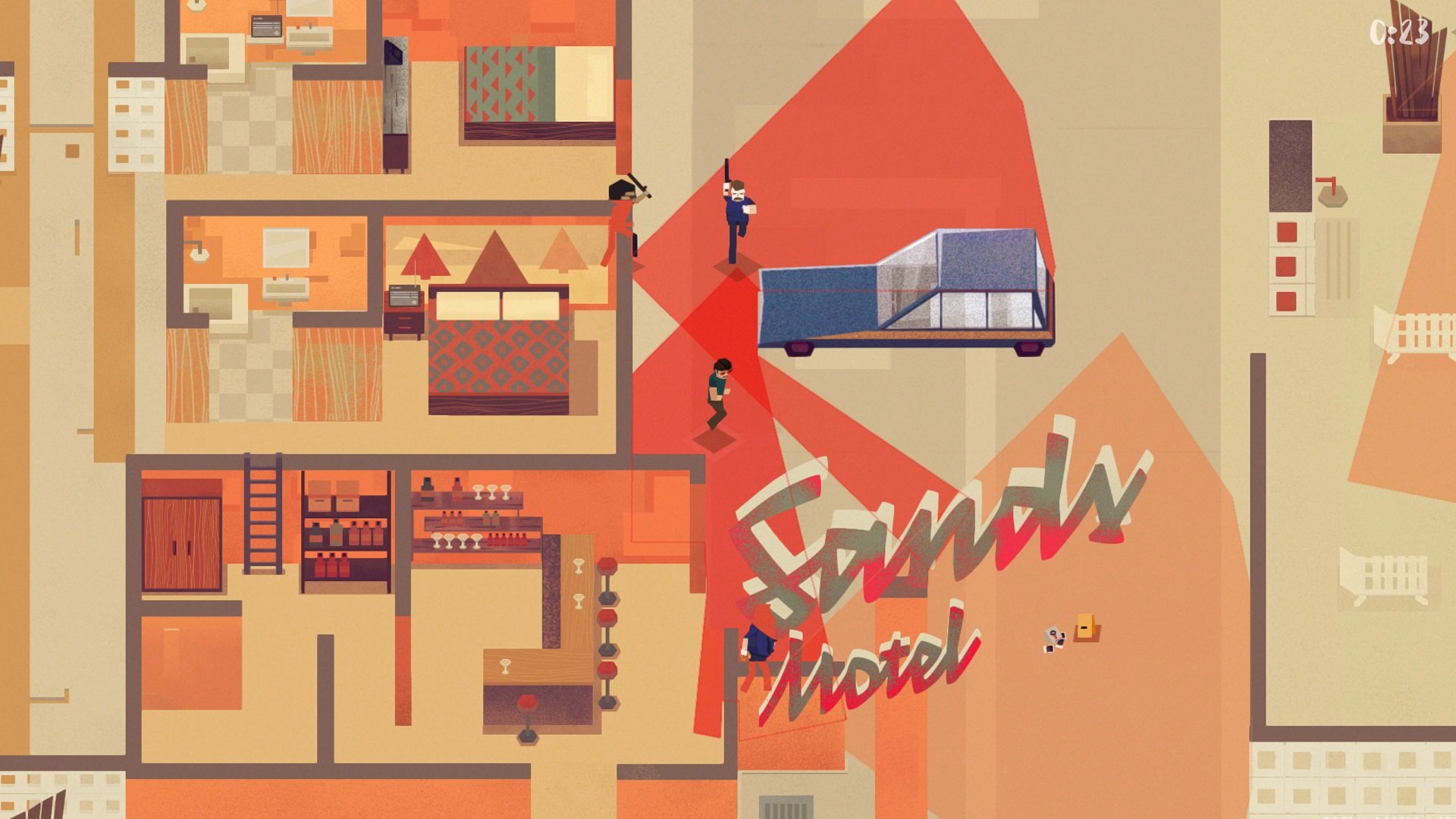 I didn’t know why the titular Cleaner was going to these locations, but I couldn’t help but ask. Serial Cleaner‘s anti-hero seems poised, equipped with a blood-sucking vacuum cleaner and a slick mustache. As far as main characters go, he’s a strange choice, but there’s something compelling about playing as someone who specializes in dirty work.

“There’s no ‘story mode’ in place yet,” Zięba told me, “we’re figuring that out still.” But while both the Early Access and PAX demo builds didn’t have much context for the Cleaner’s actions, Zięba assured me that the full release would have short vignettes between stages, each tying into an overarching story. “You’ll even get to talk to the Cleaner’s mom. He lives with her in the suburbs,” Zięba added with a chuckle.

Even without a story in place, Serial Cleaner paints an interesting picture. The game’s fiction takes place in the ’70s, which informs its overall aesthetic. Everything from police uniforms to the game’s soundtrack make for a stylized take on the disco decade. How the Cleaner fits into the period, with all of its landmark political and cultural events, is being kept under wraps at the moment, but Zięba teased that there will be plenty of “callbacks.”

Serial Cleaner makes doing a really dark job seem kind of fun. Throughout my session, I had a blast slipping across pools of blood while trying to evade detection. Alternating between frantic cleanup and hasty escapes feels like a silly departure from similar top-down stealth titles in a good way. “Murder-scrubbing Cleaner” might sound like an oddball title, but after getting a taste, I’m eager to see how it all comes together this summer.

“We wanted to make a game like the Winston Wolfe side plot in Pulp Fiction,” Zięba said, except our Cleaner is a lot more hands on.”