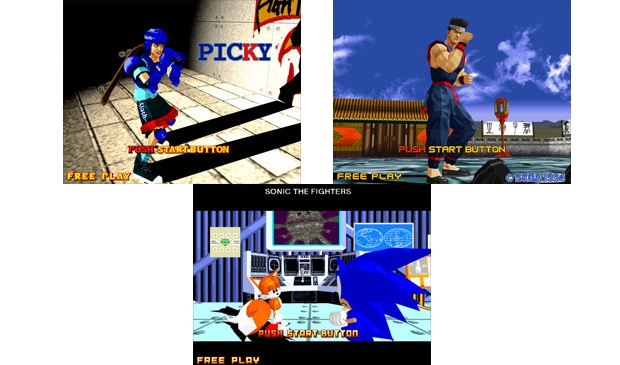 Remember the Sega Model2 Collection of arcade classics we pointed you to last month? The announcement for Japan listed titles like Virtua Fighter 2, Fighting Vipers. Cyber Troopers Vurtual-On, Virtua Striker and Sonic the Fighters for release on XBLA and PSN.

Now we have an official date for some of the releases (for Japan): November 28. Virtua Fighter 2, Fighting Vipers and Sonic the Fighters will be among the first released.

The best part of this is that Sega seems to be reacting to the initial reaction to the pricing, and has now reduced the price of each title to 400 Microsoft Points, down from 800 on XBLA. On PS3 you can get the three games together in a bundle for 1,500 yen.

There’s still no date for the other Model2 games, and nothing in the way of a North American release. I’m sure they’ll come soon enough, though.