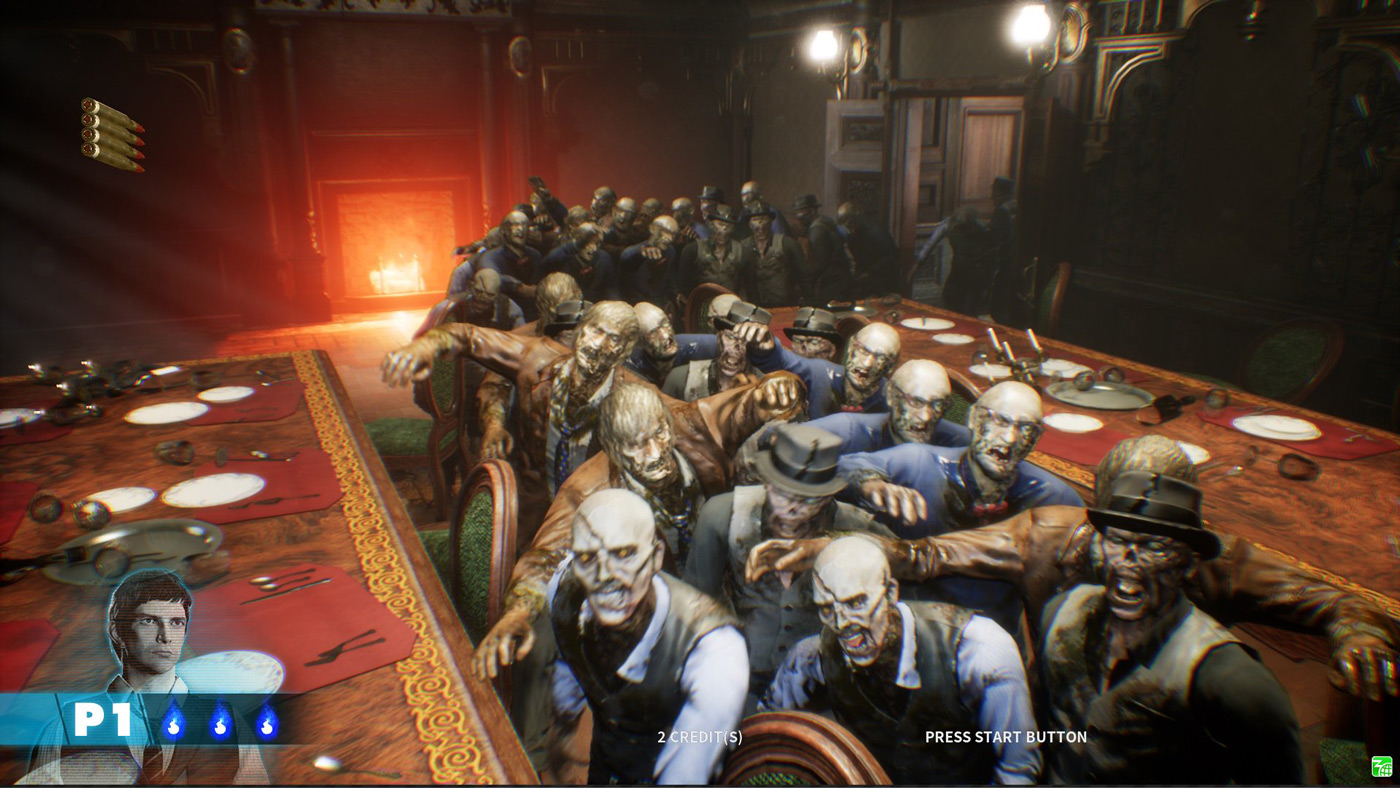 Wow, I’m sure glad we found these mini-guns lying around.

In 2009, Sega released one of the best third-party games on the Nintendo Wii when House of the Dead: Overkill made its way to stores that February. It was one of two zombie killing games to hit the console that day, and while I do enjoy myself a Onechanbara slash-and-dash fest, Overkill was just too good to not dominate my Wii over the next two weeks. Hell, I went out and bought a gun-shaped accessory just for that game.

In 2011, Overkill was ported to the PS3 and that was it for the mainline games in the series. Sure, there were typing spin-offs and a darts game apparently, but nothing new on the continuing adventures of whoever the hell is still alive. I think Kate Green and Agent G are still breathing. Anyway, all that changes in just a few days.

House of the Dead: Scarlet Dawn will make its arcade debut on January 19 at the Sega Akihabara Building 3. According to Famitsu, Scarlet Dawn was developed using the Unreal 4 engine, so its porting possibilities seem really good if Sega should want to go down that route in the future. The two-player arcade cabinet will feature a few gimmicks including an air cannon and vibrating seat.

There is an arcade here in town I found over the holidays that has a bunch of awesome and hard-to-find cabinets, so I’m keeping my hopes high this finds its way to our shores in the coming months. It’s been too damn long since I’ve emptied a roll of quarters into something other than a washing machine.