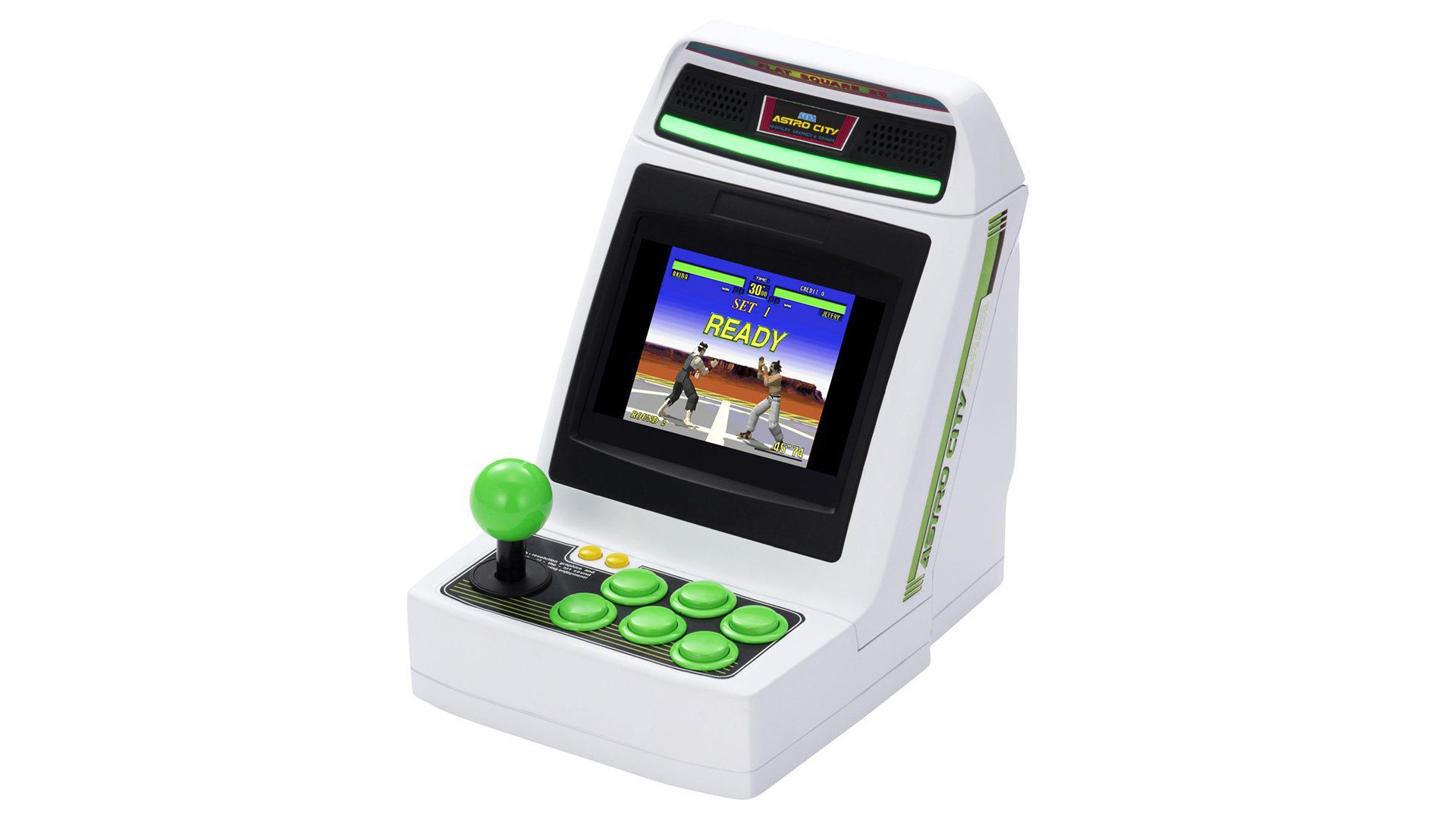 The Astro City Mini surfaced in a now-removed article on Game Watch, and according to Sega Driven, the six-button white-and-green device will have microswitches, support for two “additional joysticks” via USB, and HDMI out (so you can hook it up to your TV). It’s powered with a micro-USB cable.

Between this cool little arcade cabinet that has enough familiar names and the so-small-it’s-approaching-avant-garde Game Gear Micro, I know which device I want to see here in the West.

If you’ve never seen Dark Edge in motion before, it’s fascinating and jarring.