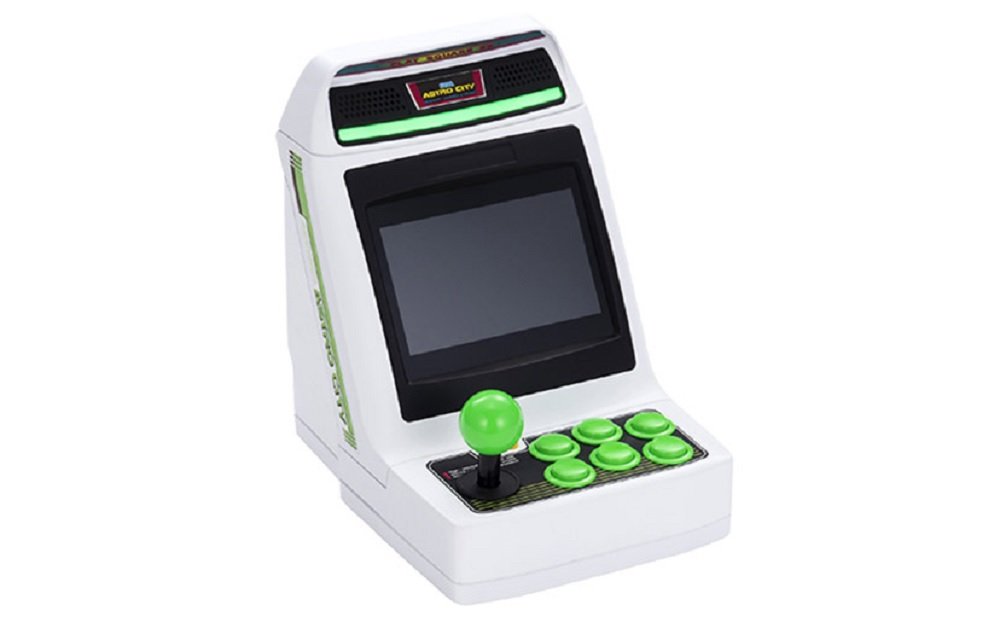 Legendary coin-op gets a mini makeover

The video game industry continues to find new-old hardware to shrink down and re-release, as the “mini” console craze continues. The latest example is this, the Sega Astro City Mini, a scaled-down edition of the classic cabinet that packed out arcades in Japan and elsewhere throughout the ’90s and ’00s.

The Astro City Mini features the iconic green-and-white design of its older brother, and will come pre-loaded with 36 Sega arcade classics including Shinobi, Shadow Dancer, Golden Axe, ESWAT, and Virtua Fighter. An Astro City stylised controller will also be available to facilitate two-player action, while an adorable little base and stool can be attached to the main unit to truly create that pint-sized coin-op aesthetic. The Astro City Mini is powered via USB and features HDMI output, allowing for connection to a display.

The Sega Astro City Mini is expected to launch in Japan on December 17 at a price of ¥12,780 – a fairly pricey $120 USD – with the controller retailing for ¥2,780 (around $26) and the base/stool combo retailing for ¥3,980 (around $37). Currently, there are no plans to release the Astro City Mini in the west, but we will keep you informed if a localisation is announced.