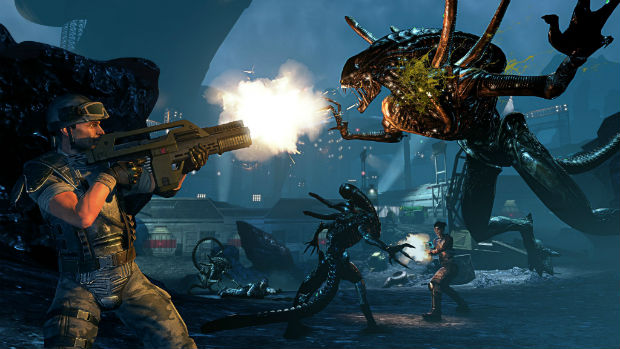 Sega of America has tentatively agreed to pay out $1.25 million to settle a class-action suit brought against it and Gearbox Software that claimed the two companies falsely advertised Aliens: Colonial Marines by using fake gameplay demos at E3 and other trade shows.

If their plan, which was filed Monday with the court, is approved, the settlement will clear Sega of America of any further litigation. However, Gearbox will still have to deal with the lawsuit. If approved by the court, Sega will pay $1.25 million into a settlement fund, of which $312,500 will be used to cover attorney fees for the plaintiffs, $200,000 will be used to cover the cost of administration, $2,500 will go to the plaintiff, and the rest will be used to pay eligible customers who purchased the game. Payments to customers, who must fill out a three-question claim form and have purchased the game before February 13, 2013, shall not exceed the amount paid for the game. The amount each customer who submits a claim receives will be dependent on how many people submit claims. No money will be returned to Sega regardless of the amount of claimees.

The settlement is not an admission of guilt, according to court documents. Despite agreeing to the settlement Sega continues to deny any wrongdoing and claims that they are agreeing to settle to avoid the continued cost of fighting the suit and the inherent uncertainty in any litigation.

The suit, which was filed in April 2013 by Roger Damion Perrine and John Locke on behalf of a class, made claims that Gearbox and Sega falsely advertised Aliens: Colonial Marines by showing demos at trade shows that didn’t end up being accurate representations of the final product. These demos, which were coined as “actual gameplay” by Gearbox’s co-founder Randy Pitchford, were criticized heavily after the game’s release for featuring graphical fidelity, AI behavior, and even entire levels not featured in the final product. Gearbox also neglected to notify press or public about any changes to the final product from these “actual gameplay demos.”

Sega to tentatively pay out $1.25M in Aliens suit while Gearbox fights on [Polygon]

In July, attorneys for Gearbox filed requests to be dropped from the case and refused to take part in any future negotiations, therefore they are not part of the new settlement agreement with Sega. Gearbox attorneys claimed that since the developer was a contractor and had sunk millions of its own money into finishing the game that it never belonged in the lawsuit. Attorneys stated that Gearbox honored Sega’s request that Sega assume the defense of the lawsuit and now that Sega has settled Gearbox is obligated to pursue its rightful departure from the case.

As of August 11, attorneys for the plaintiff have filed a request with the court asking for more time to respond to Gearbox’s request to have the suit against them dropped.