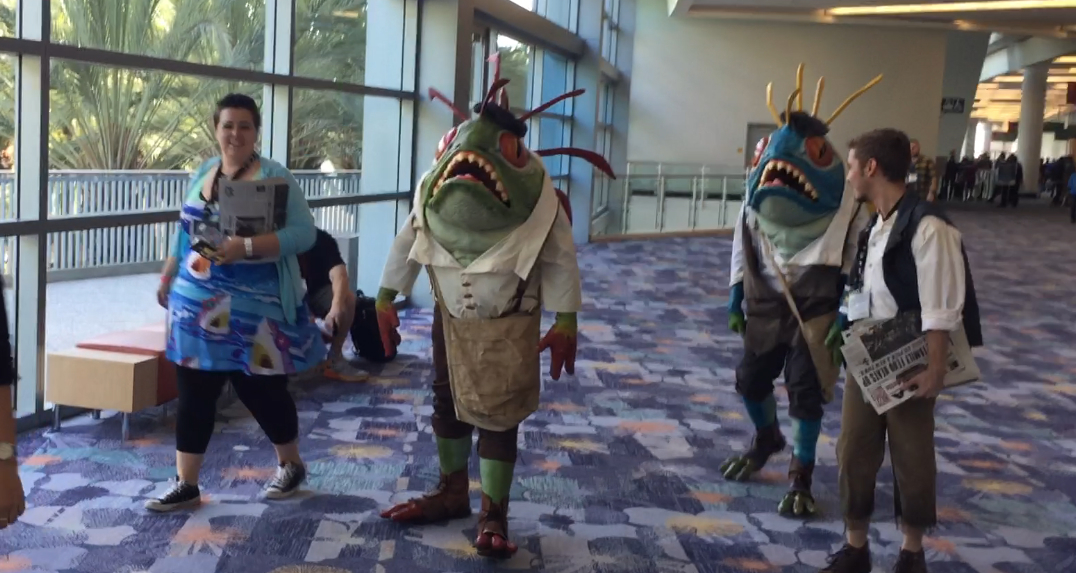 [Update: I’ve uploaded a number of other pictures from BlizzCon showing off some other great cosplays.]

BlizzCon brings out the best in cosplayers. I’ve seen a lot of impressive work at just about any show, but the sheer character factory nature of the Blizzard universe allows for a wide array of ideas, some of which blow me away in execution.

That goes double for this Murloc duo, which had eerily functional yet creepy costumes that boasted multiple pitch perfect gurgling noises. Like pros, they queued them up at appropriate times, including one attempt at a drive by creeping. It didn’t work, because Murlocs are cute as hell, in a “we might murder you in your sleep kind of way.”