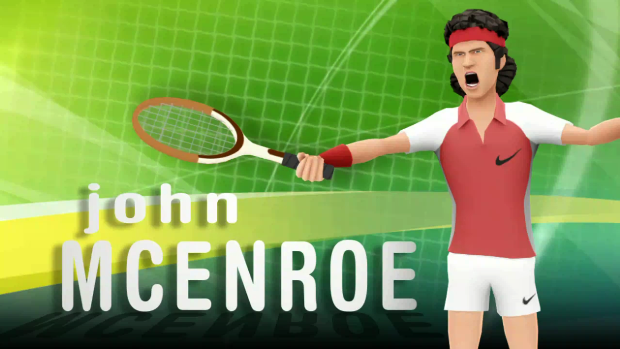 Yesterday, EA unveiled the three-person cover art for EA Sports Grand Slam Tennis, and today, they put out a video of the three athletes — John McEnroe, Roger Federer, and Serena Williams — playing at the Australian Open and Wimbledon. You can see it after the jump.

You would think that they’d have sent us the video yesterday, so we could’ve just combined the video with the screenshots, but I suppose they wanted the separate media to stand on their own. Or perhaps they just forgot to send the video. Who knows? Either way, the footage is solid — the more I see of this game, the more I wish I had a Wii.