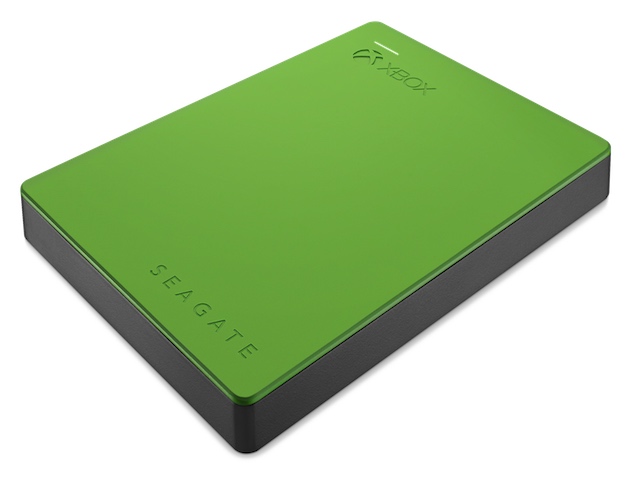 Yesterday, Microsoft announced its first official HDD for the Xbox One in the form of a Seagate 2TB external, which connects by way of USB 3.0. Although most units around that storage capacity are priced at $80 or so, the $110 pricepoint isn’t too bad, especially when you consider Microsoft’s previous HDD price gouging efforts.

Setup was extremely easy, as it instantly recognized the drive after plugging it in (no Y cable or power supply needed) with a single USB 3.0 cable. It’s small enough where I can place it on the back left of my Xbox One, to the point where it’s only taking up roughly one fourth of the console’s surface area. Yeah it’s more clutter, but the green color scheme actually meshes pretty well. The Xbox One also has ample USB ports and locations of said ports, unlike the PS4, so it’s much less of a hassle.

I immediately queued up 1TB of downloads, and was able to set my console up to instantly default to installation on the Seagate. I had no issues during installation, and proceeded to play five hours or so of games like Alien: Isolation with no issues.

As a tech person, I wouldn’t necessarily recommend paying a premium for this as other externals will work, but the fact that it’s official will appeal to many people out there who have had problems in the past. Like I noted above, there’s no power source needed and no requirement to tinker with the inside of the console, so it has plug and play appeal.

As far as Seagate goes, your mileage will vary, and everyone has had different experiences with every company. For every 100 “Seagate failed me” stories, I’ve seen another 100 for all of its competitors both on and off my prior IT gigs. I mean, all HDDs have moving parts, so sectors naturally fail over time, and I’ve made the move to solid state as much as I possibly can (PC, PS4). Still, for the time being, this unit has been good to me, as have the rest of my Seagates and Western Digital drives.

[Seagate provided this unit for testing.]