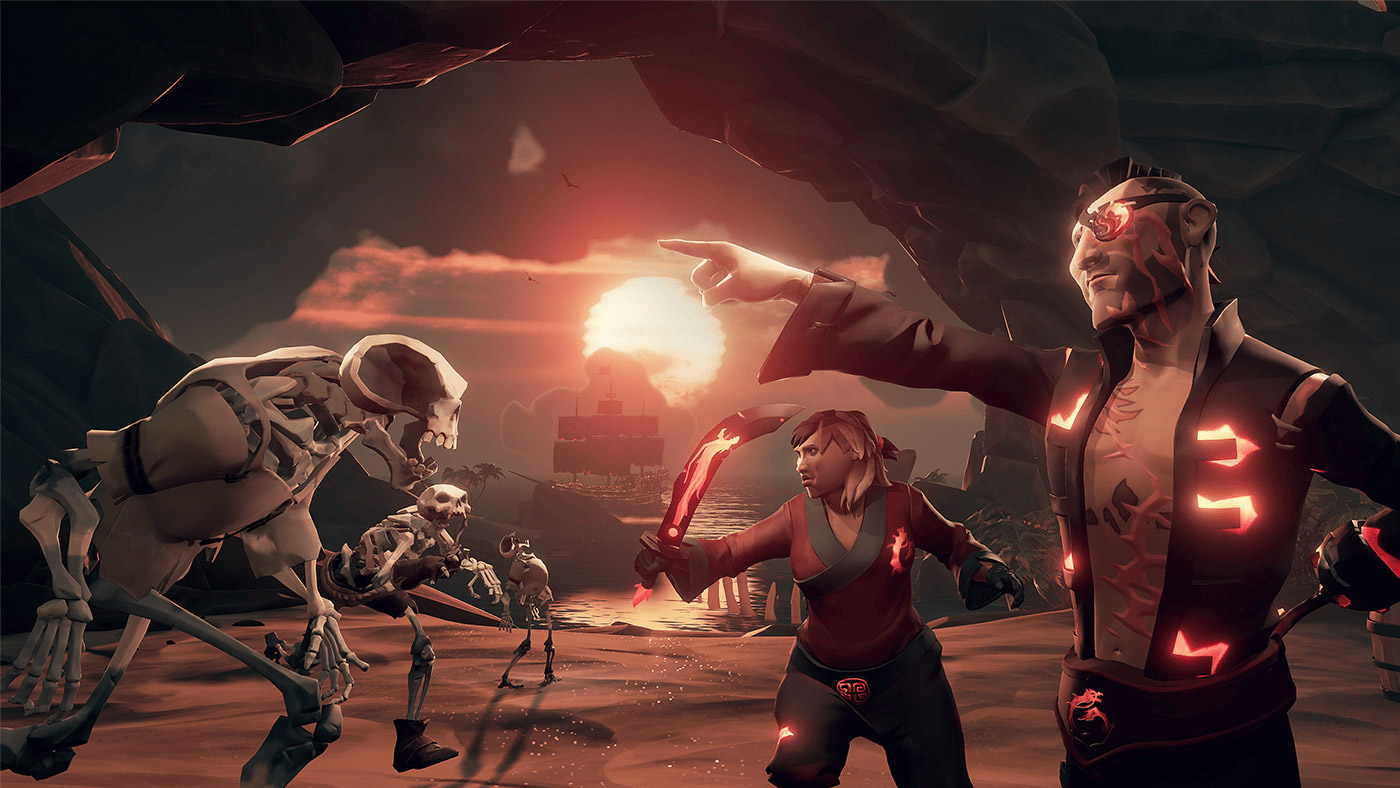 It wouldn’t be an Xbox live stream without a quick word from Rare about Sea of Thieves. During today’s X019 broadcast, the developer showed The Seabound Soul, a new narrative-focused content update.

The latest free Tall Tale mission has to do with Captain Pendragon and a ship called the Ashen Dragon. (How very Dark Souls of you, Rare.) This format is business as usual for Sea of Thieves, but if you haven’t done a Tall Tale yet, they’re essentially a way to sneak story nuggets into the game’s shared world.

That’s not the most interesting facet of The Seabound Soul, though – that honor goes to a new item.

When the update goes live on November 20, Sea of Thieves players will be able to chuck firebombs at each other and load them into cannons. If that isn’t worth logging on for, I don’t know what is.

“Fire will catch and spread on ships, so if your vessel is set alight, you’d better be on hand with a bucket of water,” said Rare. “Failing that, use the new water barrel on ships or just hope for a timely rainstorm. Gunpowder explosions, volcanic rocks, lightning, and even cooking mishaps can also start fires, so pirates are urged to keep their buckets close.”

To start the new quest and set the world on fire, look for a quest book in the wreckage of the Blackwyche at Shipwreck Bay. Sea of Thieves has also begun offering special Voyages that’ll let you earn Ashen Keys and Ashen Chests (check with Stitcher Jim in the tavern), but the latter quests are limited to Pirate Legends, so you may want to partner up with higher-ranked players if necessary.

By unlocking Ashen chests, you can score an Ashen Tome of Curses and, in turn, cosmetic items.