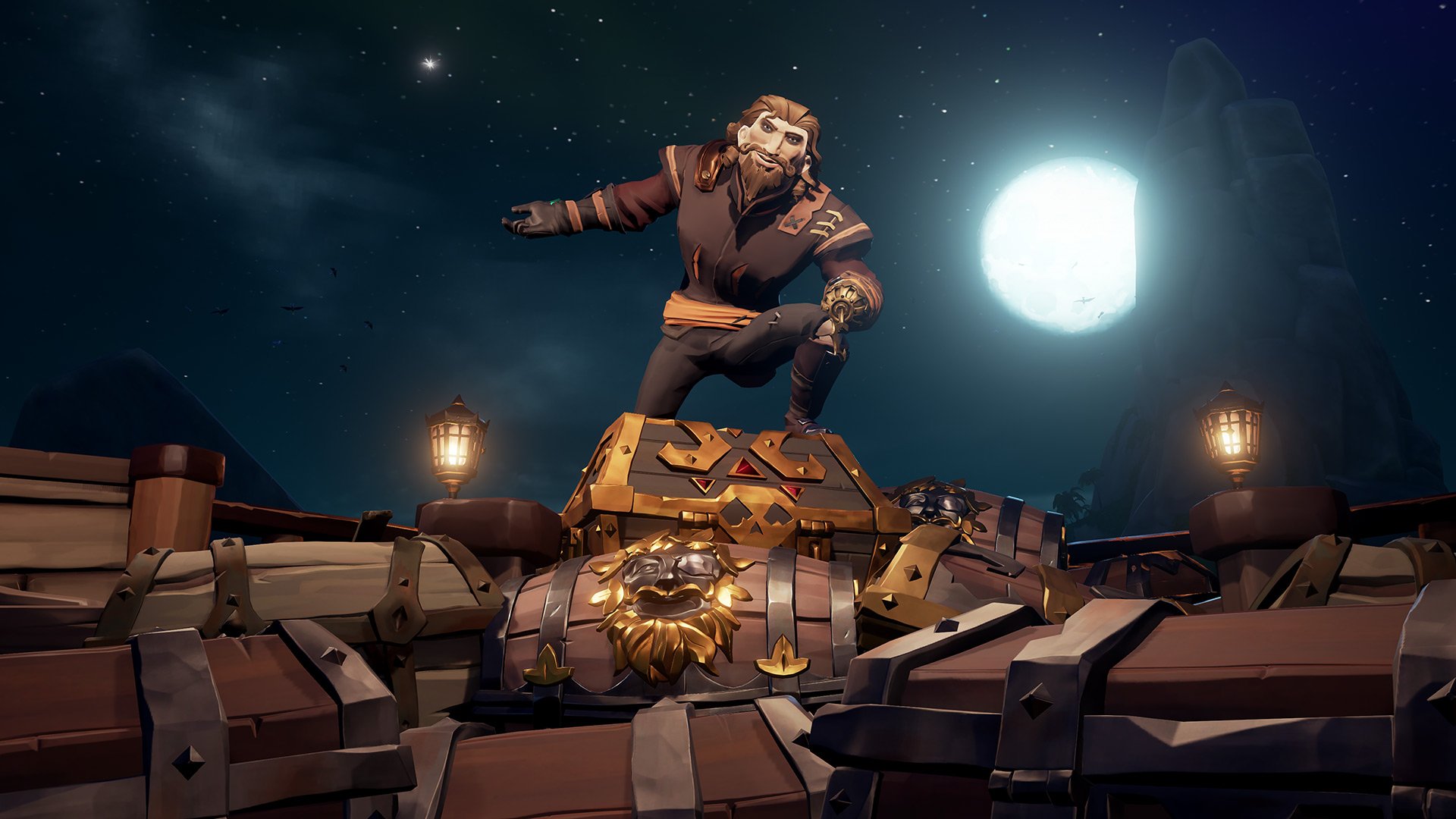 ‘This is never our intended design’

Death in Sea of Thieves can come swiftly. Sometimes you’re simply outwitted or outplayed, and that’s fine, if a bit irritating in the moment. Other times, you might be offed in a less-than-commendable fashion. That’s how I’d sum up the so-called “double gun,” a maneuver that executive producer Joe Neate says has grown “more prevalent” as of late. It’s a bad way to go, even among pirates.

Basically, players figured out that you can fire a shot with one gun and then immediately switch to another for a deadly one-two punch. Some have called the move an “exploit” in need of fixing while others feel it’s well within their right to use, arguing that it’s risky and requires skill to pull off.

In this week’s Sea of Thieves developer update, Neate explained that the double gun maneuver was “never our intended design.” The developers “never intended for there to be a one-shot kill player-to-player in Sea of Thieves” and, thankfully, they’re addressing the issue in a future update.

“We’re just currently trying out a couple of fixes to it,” he said.

On a similar note, Rare is also looking to stymie stream sniping. Players who are streaming Sea of Thieves will have the option to disable name tags from appearing on-screen. This should help prevent shenanigans from viewers who hope to sow chaos in streams or generally cause headaches.

Elsewhere in the developer video, Neate commented on the year ahead for Sea of Thieves.

The “key next step” for The Arena, the game’s upcoming dedicated PvP mode, is to get it in front of playtesters. Rare is putting all of its energy into making sure it’s ready for testers in the Sea of Thieves Pioneer program. Then it’s just a matter of iteration. “We know we’re gonna get lots of feedback.”

While many of us have moved on, according to Neate, Sea of Thieves isn’t in a lull. “When I look at all of our key metrics across the game, whether it’s our watchable/sharable, or it’s our sales, or Game Pass even, we’ve seen a marked increase across all of those metrics from Shrouded Spoils onward.”

“As we look to the future of Sea of Thieves, and we look at all of the things that we’re working on across the team that we’re bringing to the game, it gets me really excited about the year ahead,” he continued.

“There’s a lot of exciting stuff across a lot of different areas for the game. We’ve hinted and teased at various bits […] for the keener-eyed amongst you, you’ll have an idea of some of the stuff that’s coming, but there’s some stuff that you don’t know about too.”

Filed under... #adventure#multiplayer#Rare#Sea of Thieves