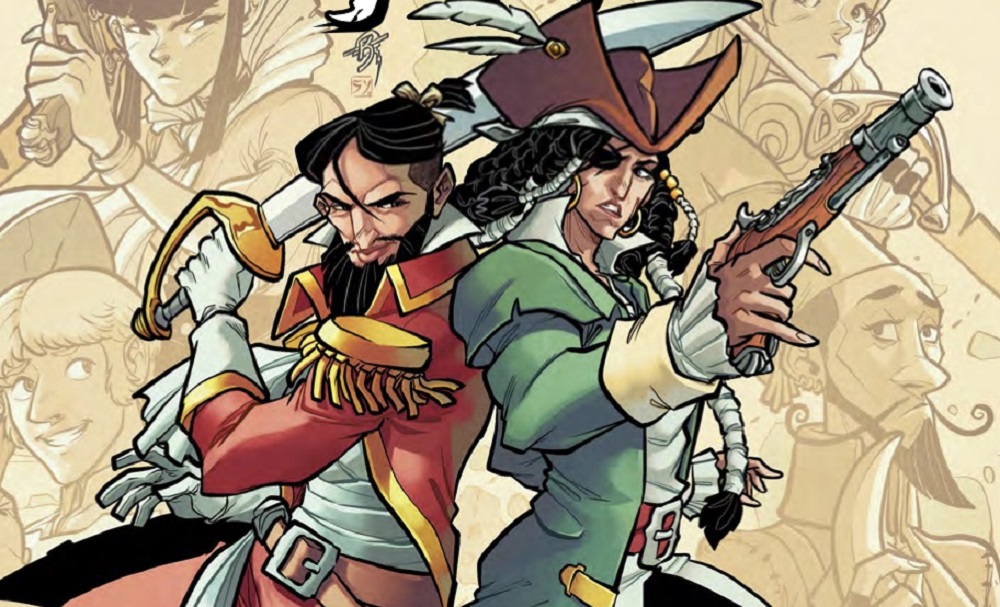 ‘Well, the world is safe again. But, for how long?’

Titan Comics has announced a selection of new trade paperback comics coming to store shelves over September-October. This Fall run features new releases from the ongoing Bloodborne, Dark Souls and Assassin’s Creed lines, as well as the debut of a new comic based on Microsoft’s pirate adventure Sea of Thieves.

Sea of Thieves – Volume 1 is written by Jeremy Whitley, with art by Rhoald Marcellius and tells the story of a crew of pirates searching for long-lost treasure while avoiding the deadly “Ferry of the Damned”.

The Bloodborne Collection is adapted from the hard-as-nails video game and follows the efforts of the Hunter as he fights his way through hideous monsters in the decrepit city of Old Yharnam.

Assassin’s Creed has two titles on the way, Uprising Vol. 3 and Origins, each based on the time-travelling fight between Assassins and The Templar Order. Uprising sees The Phoenix Project saga come to its conclusions, while Origins is an adaptation of the video game entry of the same name.

All five titles will be made available digitally and at comic book stores between September and October 2018. You can check out sample pages in the gallery below.