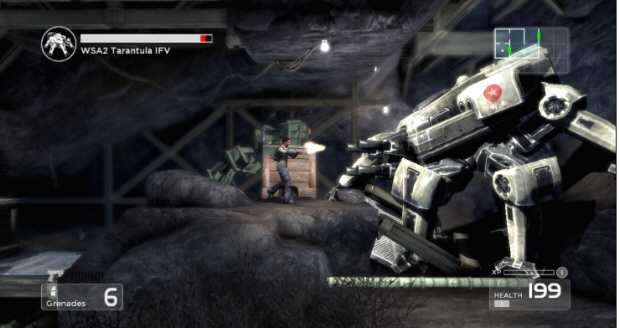 Chair’s creative director Donald Mustard set out make the game he wanted to play, or at least inspire another developer to make something similar. He revealed his desire for a new Metroidvania style console game while showing us the upcoming XBLA title Shadow Complex.

“One of my favorite games ever was Super Metroid,” Mustard told us. “To me, Metroid and Symphony of the Night are like a genre of game, like a first-person shooter or an RTS. We just don’t see a lot of enteries into that genre of game and I’ve been waiting for years and years for someone to make a non-handheld Metroidvania game.”

“I know we’re not Japanese, but we’ll try,” Mustard jokes.  “Really, my super secret goal with this game is that other developers will see this and go ‘we should make a game like this,’ so I can play it. I mean, I know where all the hidden stuff is.”

Look for our full preview of Shadow Complex from the 2009 San Diego Comic-con later today.