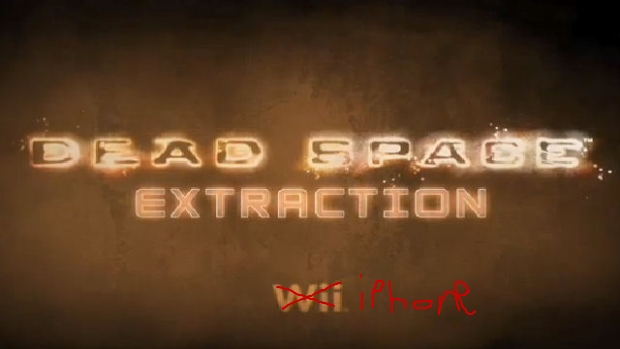 While most of you don’t seem to be buying adult-oriented games for the Wii, despite the fact that many of them are unique, quality titles that are well-reviewed, I pick them up on a regular basis and enjoy them. Call me crazy. Thus, for me, Dead Space Extraction is a must-buy. I’d like to convince the rest of you to get it for the Wii too (as long as it is good) because the quality adult games are there now and we need to start supporting them. However, if you’ve sworn off waggle for life, but you really want a Dead Space Extraction experience, then you might not be out of luck.

During a panel at San Diego Comic-Con, the devs behind Dead Space Extraction were queried on the subject of if the game would stay a Wii exclusive. While no firm answer was given, executive producer Steve Papoutsis said, “Right now it’s exclusively to the Nintendo Wii, but that’s an interesting question.” Evidently, the rest of the team smiled knowingly as he said this.

But to where would the game go? On-rails shooters really only shine on the Wii thanks to the controls. Why, you would need some sort of system where you could do what the Wii does or maybe touch the screen itself. But a DS version would have most likely been announced with the Wii version. If only there was another platform with touch controls. I’d theoretically call this other system the iPhone, and someone else coincidently thought up that name, too, and asked if that would be a good place for the game. Enter sarcasm and the response of, “Yes, that [idea is] pretty cool. Top notch!” from Papoutsis. Knowing smiles and sarcasm? Yeah, it’s pretty much confirmed.