White hair?! Ninja Theory?! Capcom Japan’s Motohide Eshiro and Hideaki Itsuno told Destructoid that they were ready for the fan reaction when DmC: Devil May Cry was first announced.

In an interview yesterday at San Diego Comic-con, supervising director Itsuno said, “We knew from the start that whenever you change something like this, there’s going to be some people that will be very interested in that. But it will also scare some people, and make some nervous. We kind of knew that going in, and we steeled ourselves for it.”

Fans are just now starting to see/play the game, and it seems things are beginning to smooth out a bit.

Some have warmed up to Ninja Theory’s DmC, while others still have beef. Capcom and Ninja Theory are sticking to their guns, though, standing fully behind what they’ve created with Ninja Theory.

“What we didn’t want to do is lose sight of our core concept,” Itsuno told Destructoid. “If you panic and change direction you might forget what you were trying to make to begin with and a lot of times that’s how bad games get worse. What we really needed to do is stick to it, and then wait until we could get the game in front of more people and get them to understand what it’s really about.”

And on showing the game at Comic-con this week: “We’re just now starting to hit that point where we’re getting people to play, getting more information out there. People are starting to warm up to the idea.” 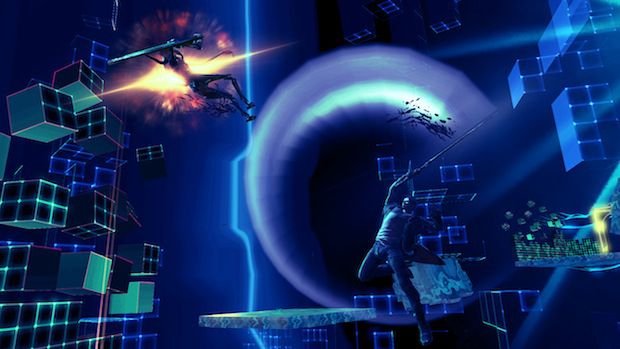 I asked the producers if they’ve noticed that some series fans are are worried that this reboot of the franchise might mark the end of the classic, Japanese Devil May Cry that they’ve loved for so long. Itsuno assured us that DmC more of a new branch for the franchise, and that there’s still a possibility for a return to the more classic gameplay and style.

“We do hear from the press a lot,” said Itsuno. “We want to emphasize that we’re firm believers in that opening one door does not mean that another has to close automatically. We are leaving all options on the table, so to speak.”

“We are excited about this new iteration of DmC and are eager to get this into your hands, and we want people to play it and enjoy it. If people are still interested in exploring the other world of DmC that exists, we’re happy to go back to that as well.”

Itsuno made it clear: “We view this not as a replacement for the Devil May Cry world, but as an expansion of it. No one knows where it will head, but we’re open to all possibilities.”