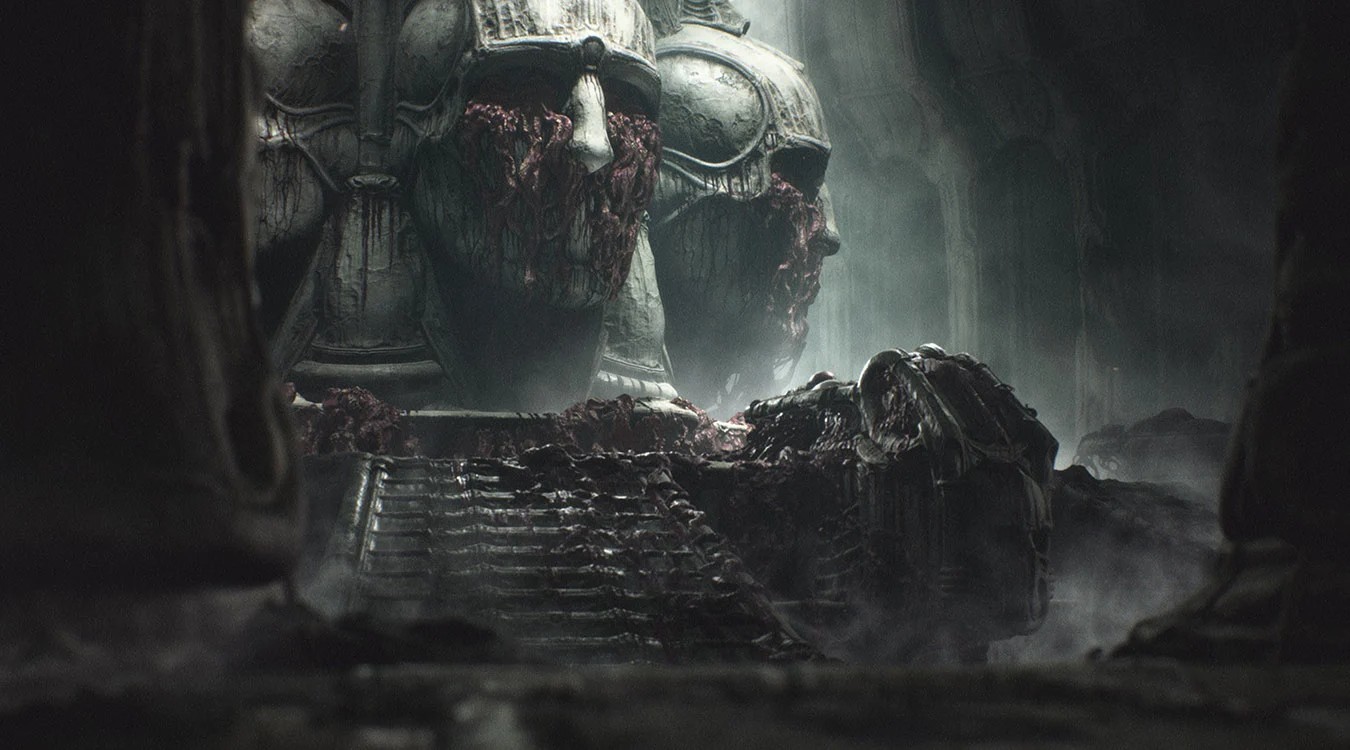 It feels like these days, we hear of a game’s launch getting delayed at least once a week, but the developers behind the upcoming biopunk survival horror game Scorn have flipped the script. Instead of pushing back their release date, Ebb Software has announced that Scorn will be coming out on October 14 now, a week ahead of its previously planned October 21 date. They haven’t given a reason why the game got moved up, but I certainly don’t hear anyone complaining about it.

The game is inspired by the works of Swiss artist H.R. Giger, who is best known for his depictions of humans merged with machines. There’s definitely plenty of creepy uncanniness going on there, which makes it the perfect title to come out right before Halloween. According to IGN, who got to play the first hour of the game, it has a big focus on puzzles, with the most apt comparison being The Witness when it comes to gameplay. I love that Scorn leans into more of a heady, intellectual spookiness that has the player exploring the labyrinthian corridors with little to no direction at all.

Our twisted nightmare is finally descending upon the world. The entire team here at Ebb Software can't wait for you to experience Scorn on the 14th of October. https://t.co/gs8Q4VW1Dd

As the game’s Steam page describes:

“Scorn takes place in an open-ended world with different interconnected regions. Each region is a maze-like structure with various rooms and paths to discover. All the storytelling happens in-game, with no cut-scenes to distract you from the grisly reality of the living, breathing world you’re in. But keep your eyes open — the game won’t show you any sympathy if you miss something important on your uneasy travels.”

We haven’t seen a game fill the grotesque horror niche in quite a while, so here’s hoping that it lives up to the hype. I can’t speak for anyone else, but Scorn usually isn’t my kind of game, yet I feel really compelled to try it.