[Video games have that rare, magical power to bring folks together. Sometimes, it’s with people in the same room as you via couch co-op. Sometimes, it’s with a bunch of random strangers on the internet. Whatever the case, I love hearing about this kind of stuff. You see it quite often over in the Quickposts here on Destructoid.

Vadicta has a much sexier tale to tell. This blog certainly isn’t about bonding with family over a playful game of Mario Kart. It’s about learning! Yes, Vadz threw his hat in the ring for this month’s Bloggers Wanted, and he’s now on the Front Page as a result. There’s still one week left to get in on the action before September is over, people! We’ve had a huge influx of entries over the past couple weeks, and we’ve already got a few more lined up for promotion! – Kevin] 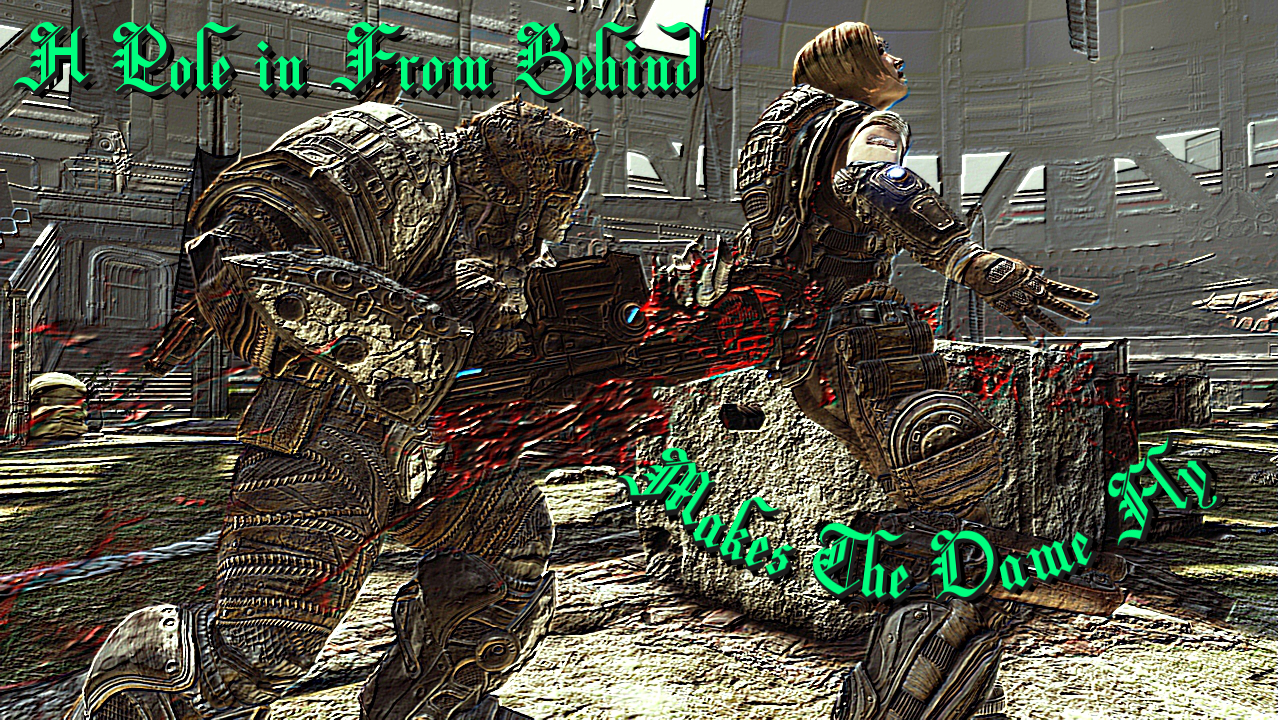 Gears of War is the first game I played online. That fresh Xbox 360 with its wireless dongle plugged in, showing green, and my teenage ass planted on the couch with a headset strapped on, experiencing video gamer culture for the first time in my life. It was a moment I had waited for, and it was worth it. Bubbling beneath the shouts and curses rang conversations about just how “gay” pegging really was and discussions of whether or not someone’s four-year-old brother should skip kindergarten to play Gears. Friendships were formed, bonds made. Worlds opened for the newly-established Vadicta in his Mario pajama pants with a Marie Calendar’s chicken pot pie.

And those worlds were going to get him mad laid.

She played under her brother’s account, Chief_Master_420. Her voice was like a bell ringing under the whining shrieks of bitch boy scrubs getting slaughtered by the pros. She was the only girl in the group, and that made her everyone’s favorite person.

Teenagers are not human beings.

Gears of War will teach you everything you need to know about fucking. It’s about coordination, teamwork, effort. It’s also about rushing for the biggest gun (Boomshot under the Gridlock archway), and firing its hot payload as quickly as possible until only bloodstains are left. It’s about loving. If someone goes down, you grab that ass and pull them up. And if you’re the last one left, and you’re downed, then the enemy team gets to surround and mime gang banging you until you die while the ghosts of all your friends watch. There’s something about relationships that we can all learn from that. 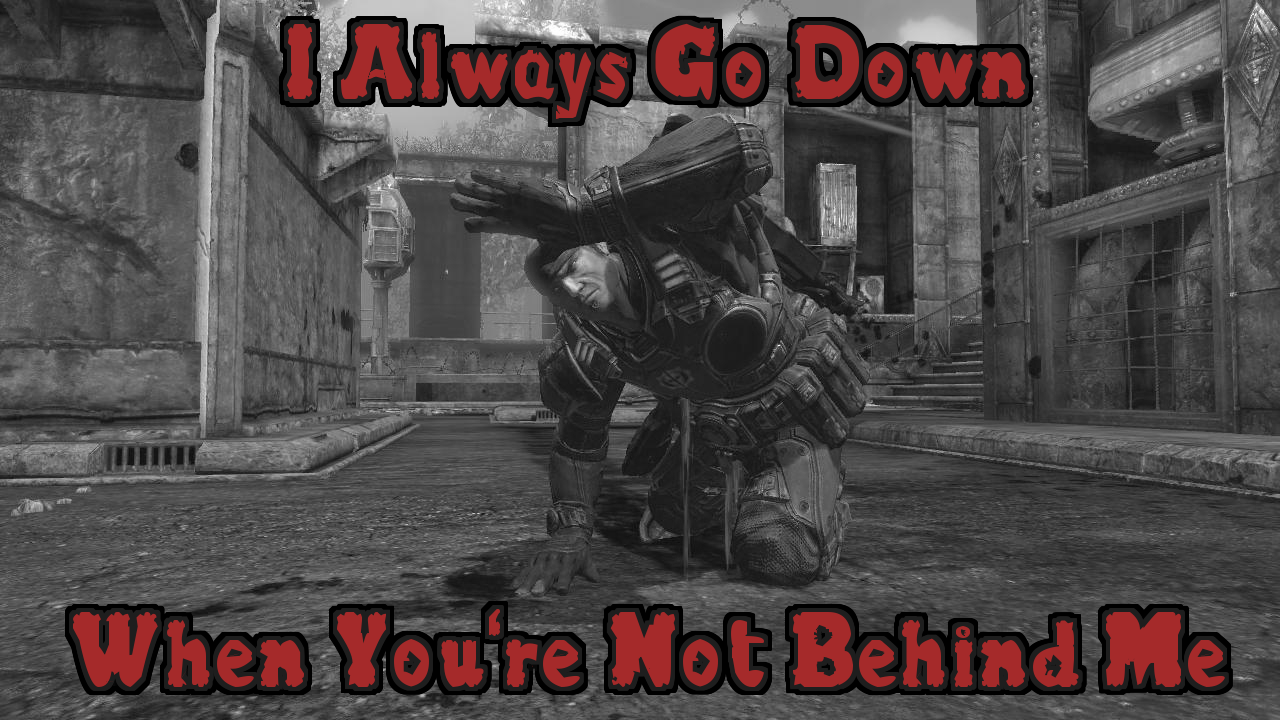 Needless to say, those displays put me and Chief_Master_420 into the right mood one night in a private chat. Over Xbox Live we fooled around with words, whispering frantic phrases like, “and then my sputtering chainsaw tears away the soft flesh of your nose, opening that moist hole of your face to accept its tearing girth, using your blood as lubricant to plunge deeper and deeper, faster and faster,” cut with moans and groans, hisses and gasps. When the words had dwindled to panting silence, my legs were shaking. I stumbled to the toilet installed at the back of our kitchen pantry and wiped off in bliss.

This meant we were in a relationship. 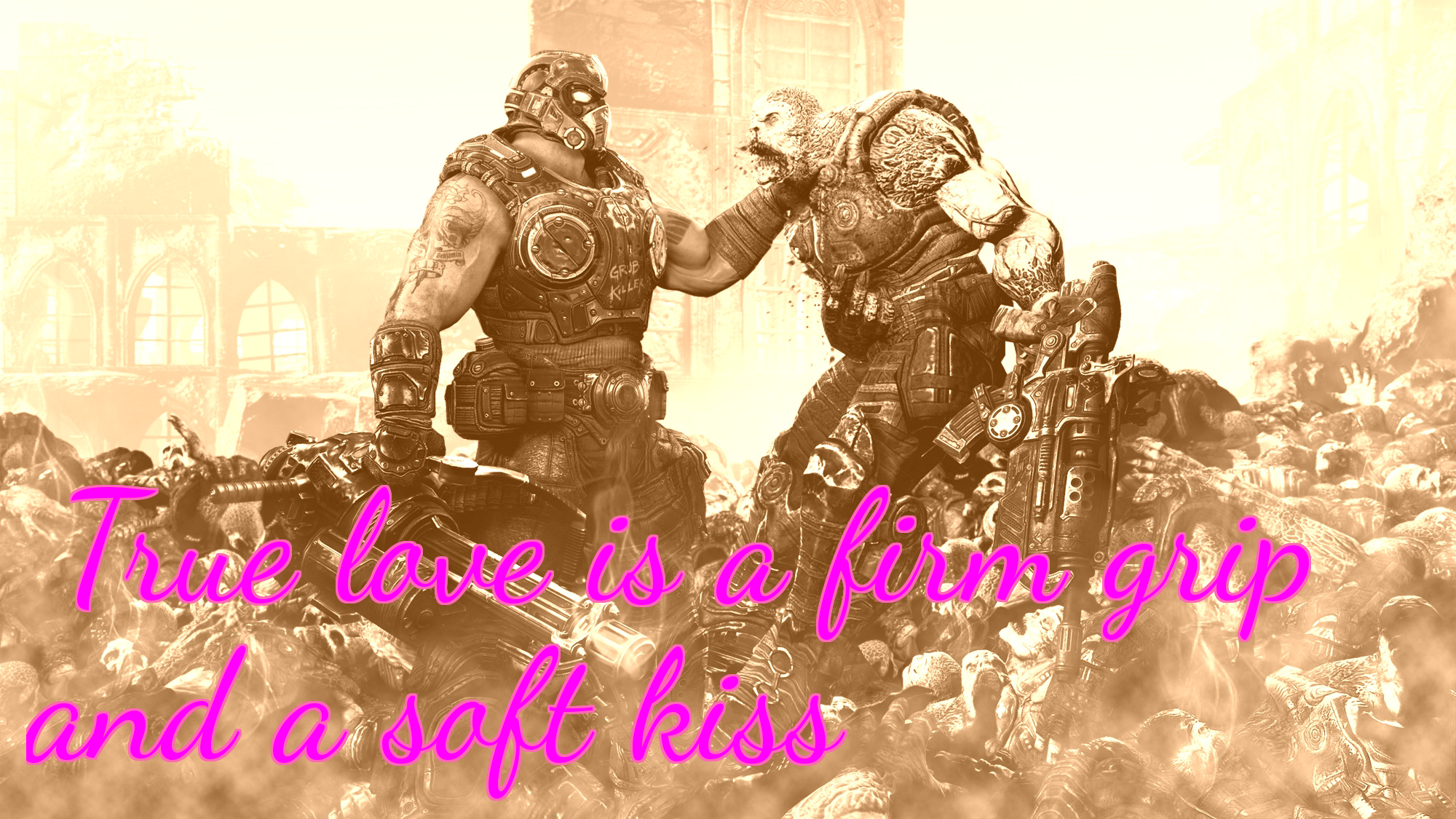 So, at the start of that summer I bought a roundtrip Greyhound ticket to go see her for a week. We had practiced our dirty talk so many times in so many chatrooms late at night. We knew the landscapes of each other’s bodies like bats know their hunting grounds by sonar. We were in love. I made sure my mustache was straight and fitted on my best fedora for the trip.

Like I said, teenagers aren’t human beings. Either way, I was still going to get very fucked.

While waiting for the bus to take me to Cincinnati, a tower of black-draped human hair with yellow eyes glaring through the thicket strutted behind me and said, “Nice hat.”

“Yeah, that’s cool. So, I got weed. I got pills. You want some Percocets? I got those.”

The tower drifted away. A minute later, an Asian guy dragging a duct-taped trashbag behind him approached me.

“Thanks. I bought it at Spencer’s.”

“Yeah, that’s cool. So, do you know where I can buy some weed? My friend is looking for some.”

He darted toward the bathrooms, and the bus arrived. In twelve hours, I’d be with Chief_Master_420, and I would be getting my dick soggy as cereal.

She picked me up at the station with her mom. We had dinner with her parents then darted to her bedroom to hide ourselves. The room had yellow walls, a yellow ceiling, yellow furniture, and a yellow bedspread. Under the beeswax bloom of the ceiling light, the room had a nuclear reactor glow. And that was fitting, since we felt as hot as a nuclear reaction.

Our clothes flew off, and that sweet fucking started. 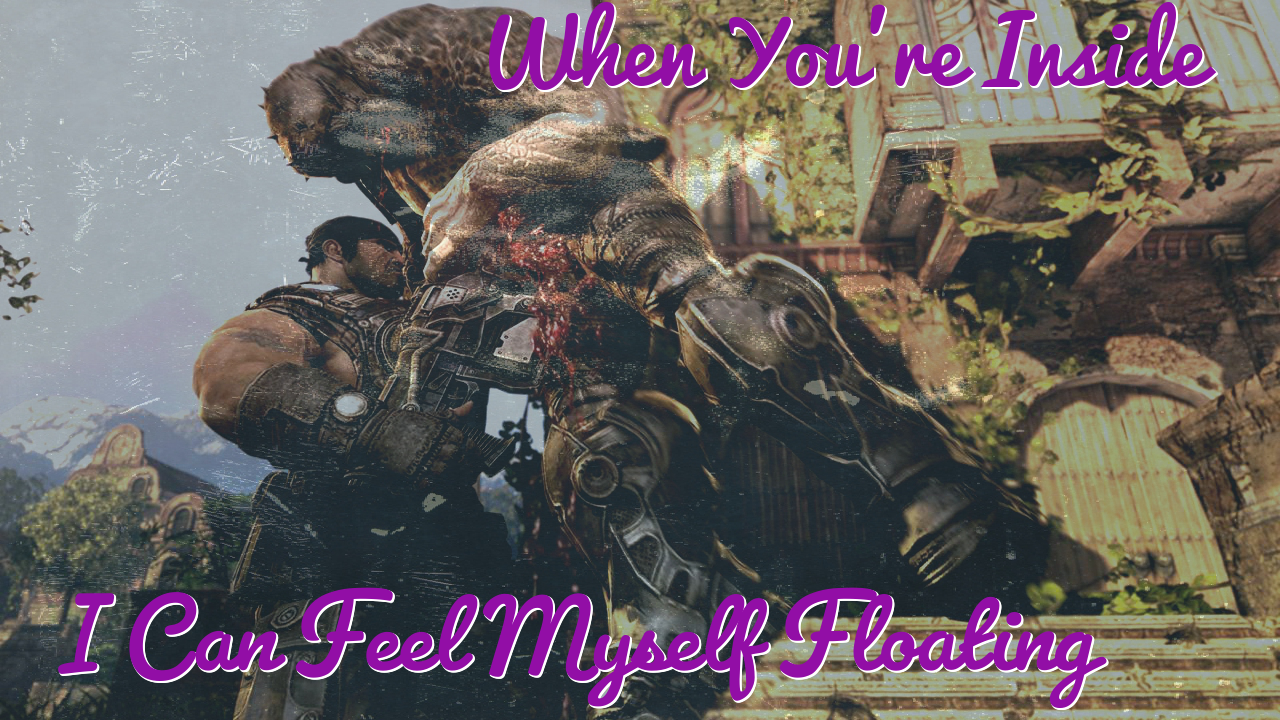 We went on like this, until I got tired and rolled away.

When I pulled my length from her, I noticed something at the tip. My fingers closed around it, and I pulled. A stitch of pain followed as I extracted a long strand from the hole of my dick. The string was translucent and stiff, a fiber. Or was it some sort of webbing, a defensive mechanism discharged by the back of her moist black hole? I clearly had a lot to learn about the vagina. Video games could only get me so far. We laid next to each other for a silent moment, both panting and unsatisfied. We promised each other to try again tomorrow and that time we would do it right.

But still, we agreed, we both lost our virginity, and that made us very cool.

And it was all thanks to Gears of War. 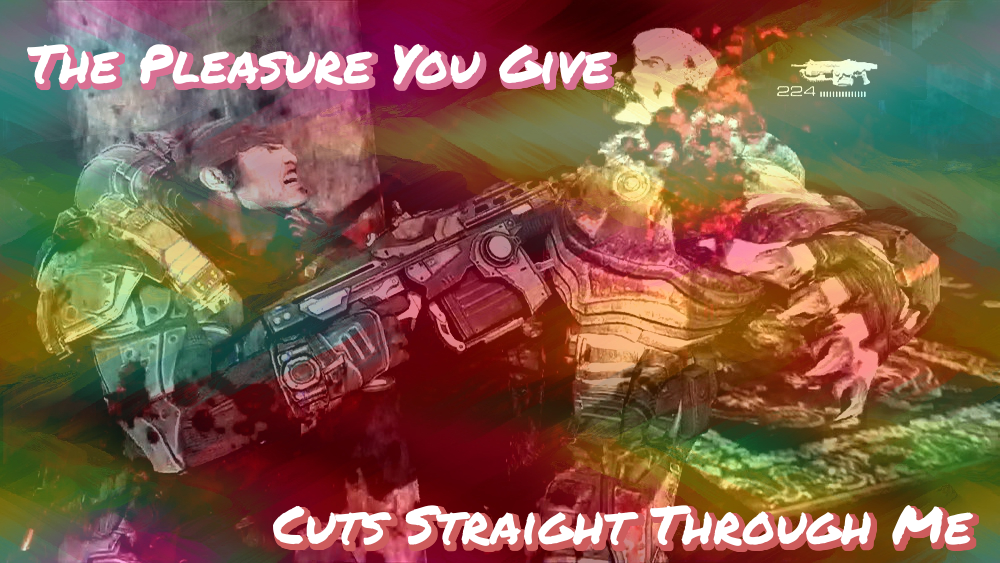