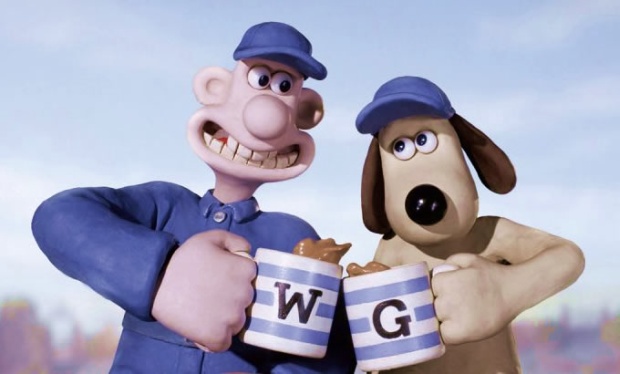 Telltale Games thrilled me with word that Wallace and Gromit were coming to Xbox Live and PC, and I find myself excited all over again now that I can get my hands on both the trailer AND a demo! You can download it today on Yahoo or FilePlanet or wait until tomorrow to grab it on the Telltale website.

Of course, if you aren’t already psyched to get it, they are sweetening the deal for you: if you preorder the title, they’ll throw in a 25% discount and 2 free games. Madness! I’m already in, but if I wasn’t I’d be forking over my plastic as we speak. Wallace would break out the cheese bowl for that deal, I’m sure of it.

The game is released on March 24th, and I’m looking pretty forward to it — you gonna pick it up? Hit the jump to check out the new trailer!

In Wallace & Gromit’s Grand Adventures, the world of West Wallaby Street comes alive in four brand new stories you can play. Like the films, each Wallace & Gromit episode finds the earnest inventor and his faithful canine companion embarking on ambitious new ventures laced with unexpected (and always amusing) complications. Players will experience all of their favorite elements from the acclaimed Wallace & Gromit films: imaginative storylines; warm, character-based humor; creative contraptions; physical comedy; and a distinct visual style. A demo that showcases both Wallace and Gromit as playable characters can be downloaded exclusively from Yahoo (https://videogames.yahoo.com/events/wallace-and-gromit/) and FilePlanet.com today. Starting tomorrow, the demo will be available from Telltale’s website and mirror sites around the web.

For PC, Wallace & Gromit’s Grand Adventures is available as a downloadable, four episode bundle from Telltale’s website (https://www.telltalegames.com/wallaceandgromit). In the March 24 premiere episode, “Fright of the Bumblebees,” Wallace & Gromit are struggling to find success with a honey business plagued by giant problems. Subsequent episodes, scheduled for May, June, and July, will take the duo from an underground beach resort to a sprawling carnival to a country club hiding an age-old mystery.

In a special preorder offer, which starts today and will run through March 23, customers can get the full, four episode series on PC for just $26—a 25% discount off the regular $34.95 price. Customers who preorder will also receive two free bonus episodes, one from Telltale’s acclaimed second season of Sam & Max (named Adventure Game of the Year by PC Gamer, IGN, and Adventure Gamers) and one from Strong Bad’s Cool Game for Attractive People (runner-up for IGN’s Adventure Game of the Year award).

To take advantage of this limited-time offer or to view the latest game trailer, visit the official Wallace & Gromit’s Grand Adventures website at www.telltalegames.com/wallaceandgromit.

Wallace
An endearing and affable inventor. Ever enthusiastic, Wallace’s hair-brained, over-ambitious, yet well intentioned ideas consistently get him and his faithful hound into trouble. A definite penchant for cheese and crackers, not to mention fashionable knitwear!

Gromit
Wallace’s long-suffering loyal pooch. Gromit cares greatly for Wallace even though he’s often railroaded into his master’s mad-cap plans. Though cultured and sensitive, preferring order and the quiet life, Gromit displays amazing courage and heroism when it comes to getting his master out of self-made scrapes. Always showing astonishing initiative, Gromit is definitely the intelligent one of the pair.

Telltale is a pioneer of new forms of interactive entertainment that build upon strong foundations in traditional and new media. Founded in 2004 by video game industry veterans with decades of experience, Telltale has quickly become the leading online episodic gaming publisher and developer, delivering award-winning interactive experiences that showcase engaging stories, compelling characters, and rich worlds. Telltale has created a regular, ongoing schedule of established online episodic series across all major gaming and entertainment platforms and channels.

Aardman, based in Bristol (UK), co-founded and run by Peter Lord and David Sproxton, is a world leader in animation. It produces feature films, television series and television commercials for both the domestic and international market. The studio has won over 400 international awards including 4 Oscars®.

Aardman’s multi-award winning productions are novel, entertaining, brilliantly characterised and full of charm that reflects the unique talent, energy and personal commitment of the very special people who make up the Aardman team. The studio’s work is often imitated and yet the company continues to lead the field producing a rare brand of visually stunning and amusing independent and commercial productions. www.aardman.com