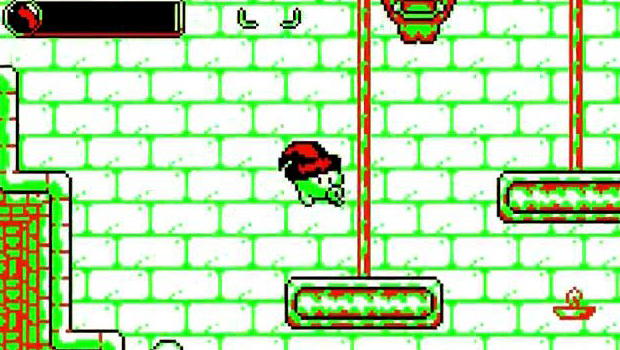 Gameboy inspired title puts a mollusk in the lead

Save me Mr. Tako! is a upcoming action platformer for Steam and Wii U from Christophe Galati. The game wears its The Legend of Zelda: Link’s Awakening inspirations on its sleeve, but that doesn’t bother me a bit. Other than a few outliers like Joylancer, Time Fcuk and Tower of Heaven, not a ton of games today go for the Gameboy aesthetic, so getting a new one now and then still feels fresh enough.

I’m particularly enamored with Save me Mr. Tako‘s use of multiple Super Gameboy-style pallets, and its equally versatile octopus protagonist. This little eight appendaged cutie can fly, swing a sword, and even wear a little hat! I can only do two of those three things myself. You win this round, Mr. Tako.

The game is planned for release in 2016, so we’ve got a ways to go before we find out if it’s any good, but there’s certainly reason to be hopeful for this plucky little cephalopod.