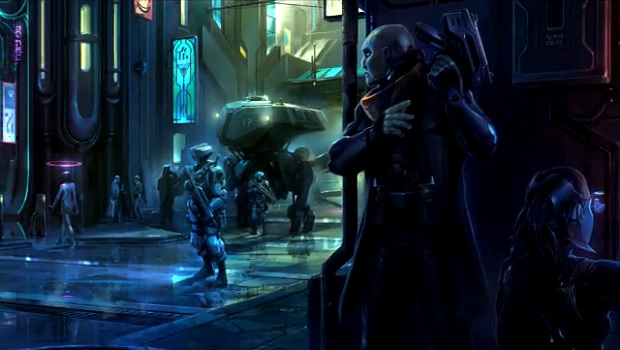 EA’s decision to reboot Syndicate as a first-person shooter wasn’t well received even though the final product from Starbreeze wasn’t a bad game, it still felt like a misuse of the license. Now, programmer Mike Diskett, who worked on the original Syndicate games, has launched Satellite Reign on Kickstarter to hopefully develop a true sequel.

There’s little gameplay footage in the team’s trailer but I’m sure we’re going to see gameplay from an isometric viewpoint, where trenchcoated agents fight off waves of corporate security whilst using innocent civilians as “meat shields.” Sounds like Syndicate, right?

The team is looking for £350,000 to make the project and have just over £130,000 in just a few days. It’s also got plenty of industry experience and I suppose cyberpunk is in right now, what with Remember Me coming out, Shadowrun Returns arriving this month, and Cyberpunk 2077 away off next year hopefully.