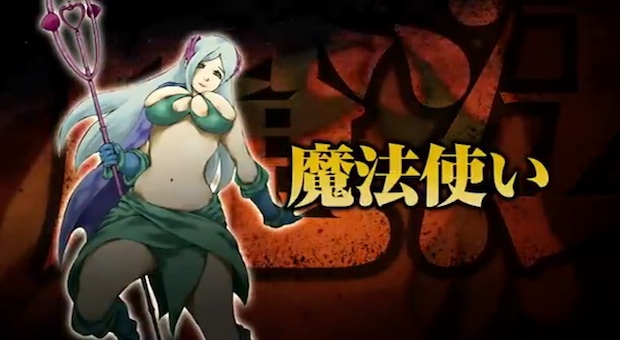 We told you that Sega would be bringing a follow-up of iOS free-to-play strategy/dungeon RPG Kingdom Conquest to the PlayStation Vita, and now we have the game’s first trailer.

The awesomely named Samurai & Dragons has the same core play as Kingdom Conquest, but it has new controls and functions for Vita. It all looks pretty nice in this new trailer. It says that you’ll be able to expand your territory with fights against challengers from around the world, making this sound like an international title. That would be great.

Even if you have no interest in the title, the trailer is worth a watch. The wide and floppy boobed character design shot makes it worth your time, as does the over-the-top announcer stating the game’s name toward the end of the trailer.

We have a date: Spring 2012. Also, new Japanese website has also launched for the title.

What do you think from this first video? Does this look like something you’d play?