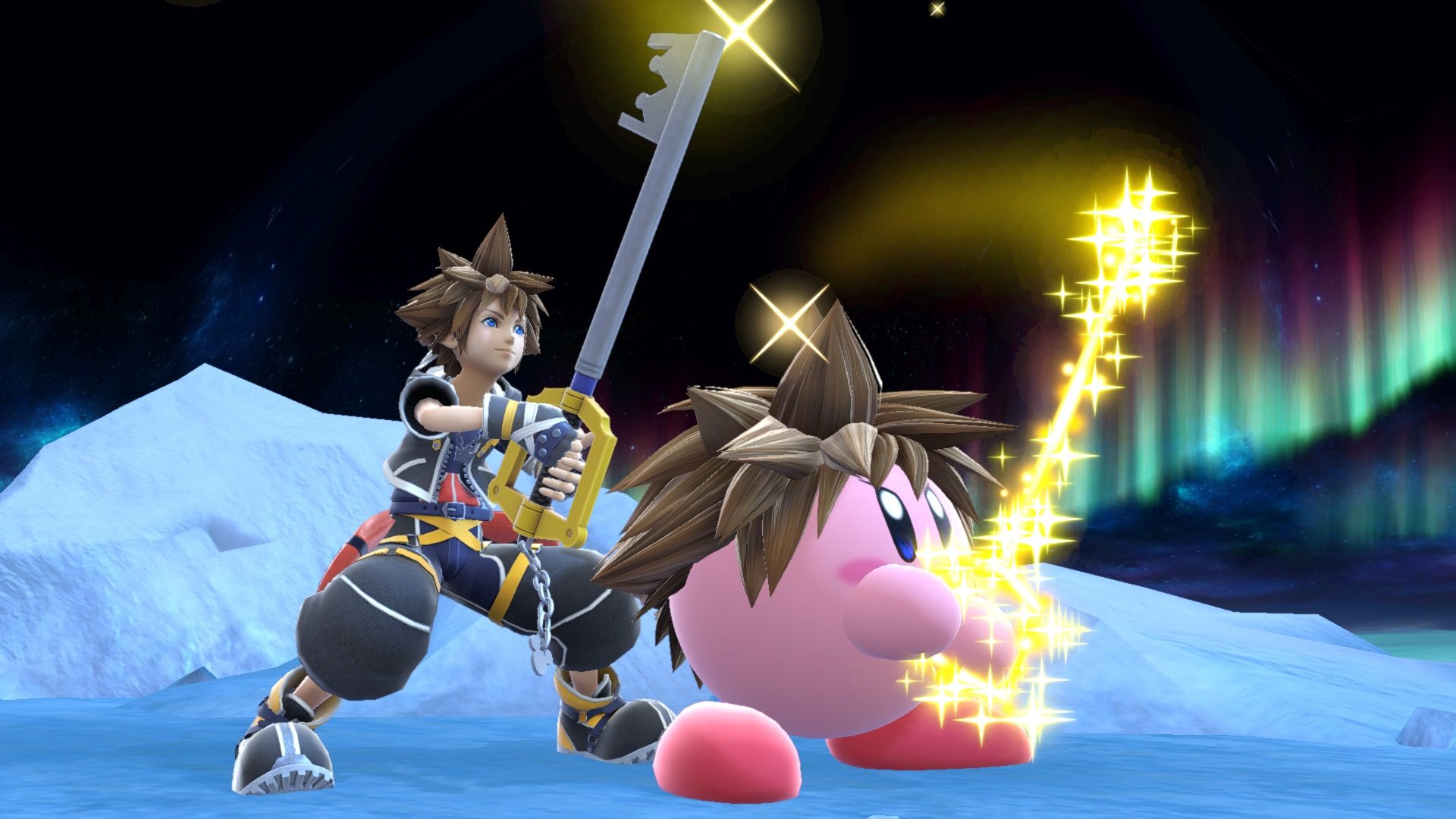 More screens and a look at Kirby

Last week Nintendo took the world by storm and announced Sora as the last Smash Ultimate DLC character. Arriving on October 18 as part of the second Fighters Pass (or $5.99 piecemeal), he’ll bring along several costumes and lots of flair from the classic Kingdom Hearts series, but now we’re getting a better look at what to expect from the Smash Ultimate Sora DLC.

Sakurai took to Twitter to give us more screens, naturally taken from the debug version of the game (as he constantly warns us about). In it, we get a cheeky beach picture reminiscent of Destiny Islands (which is not the focus of the new stage; that’s Hollow Bastion), as well as a better look at a few pieces of his moveset, taunts, and of course, Keyblade Kirby.

The Smash Ultimate Sora DLC looks like a pretty wonderful capstone on the game, especially when you consider that Sora was the number one DLC request from that semi-secretive poll conducted years ago. As Sakurai revealed during the Sora presentation, the company ended up keeping that on the down low to avoid fan campaigns trying to pressure publishers into collaborating on the game.

That rationale also feels like a nice capstone on Smash Ultimate, which was hailed as one of the most complete fighters of all time. Now even its legacy and its odds and ends are mostly settled up. But while the DLC is coming in just a few days, the amiibo line is incredibly backed up. It might take a year and change to see all of those, and hopefully in numerous quantities.

The Samus and E.M.M.I. amiibo for Metroid dread were a bit of a hassle to grab as they sold out in minutes, and I suspect Sora is going to be an immensely popular figure.