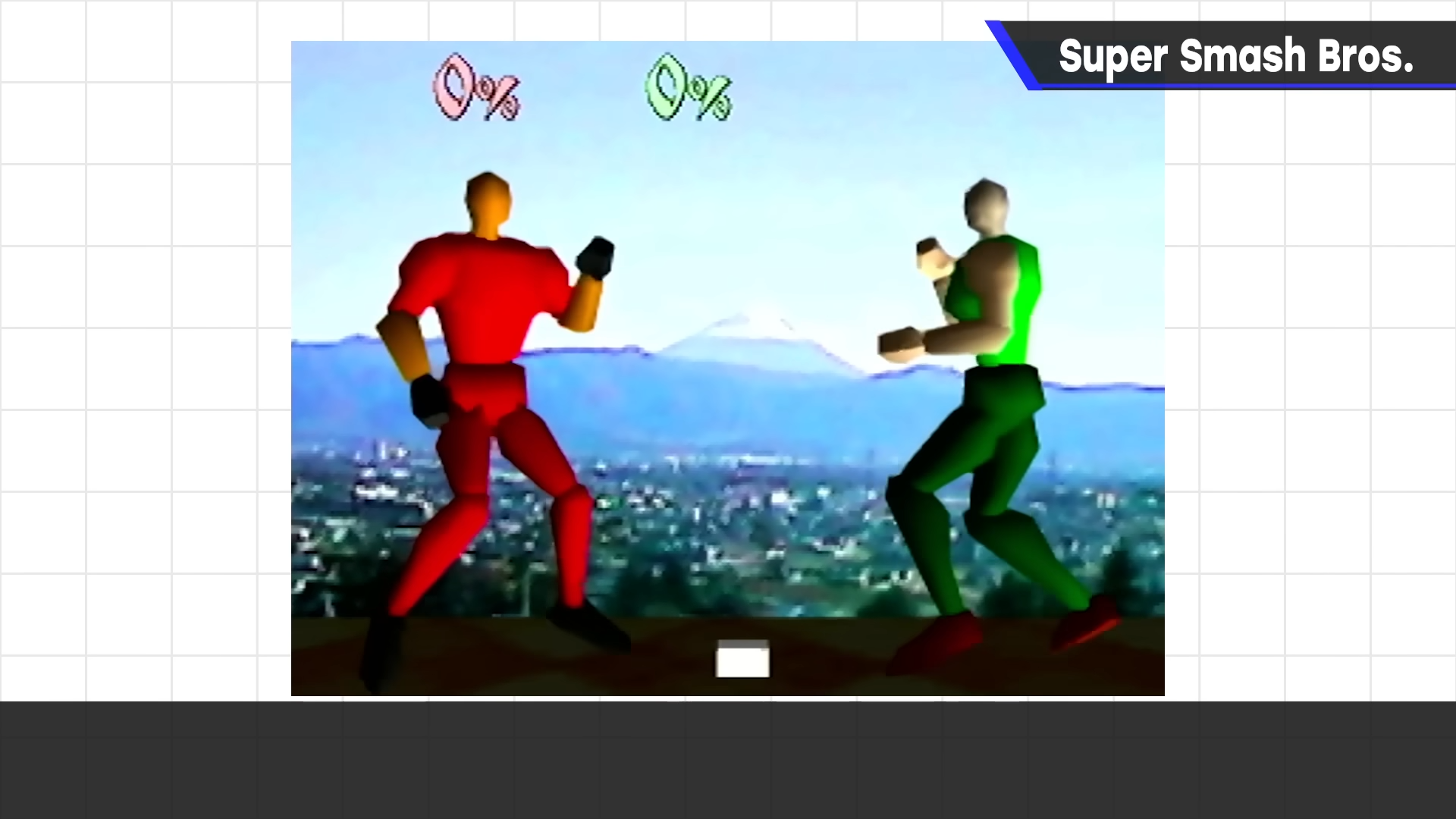 A new Sakurai video gives us a quick rundown

The creation of Super Smash Bros is a multifaceted miracle, and Masahiro Sakurai is here to give us a breakdown thanks to his YouTube channel game design series.

Sakurai recalls how he started work on the Nintendo 64 era following his efforts on Kirby Super Star, and moved on to “independent study” for 3D visuals. As usual, Sakurai provides a very digestible look at this endeavor, including a brief overview of some of the more technical hurdles required in the generational leap.

At first, Sakurai proposed two games for the N64: a “free for all four player fighting game” (you guessed it), and an “RC robot adventure game where you hack security cameras.” The catch? The first title was referred to internally as “Dragon King: The Fighting Game” before any first party mascot business was added. Sakurai gives us a brief look at the Dragon King prototype at 1:30 into the video, which looks an awful lot like Smash Bros: down to the level design, percentage meter, and general vibe of the character models.

Originally there were no items or special moves (though it did have smash attacks); just raw fighting, which is something that changed after the project got a little more involved. Sakurai recalls how both of his prototypes had “high praise” from Nintendo, but there was a labor shortage due to developers working on other projects: like “Mother 3,” and “a snowboarding-like version of Air Ride” for the then-in-development the 64DD.

Feeling as if the RC concept would take too long to develop (two years), the four player free-for-all fighter was chosen. Sakurai injected a lot of his own sensibilities into the game that became Smash, including his conflicted feelings about combos (as well as “extremely complicated commands”), and how he felt there was “less room for strategy.” Instead, Sakurai wanted more “interplay and improvisation” to be at the forefront, and thus the core mentality of Smash was born.

From there, Sakurai took his love for the stable of Nintendo characters, and argued for their inclusion. Sakurai said that the “sales team” and other executives disliked the idea of Smash characters fighting each other, but ultimately, thanks to the support of fans and developers alike, Smash came to fruition.

The story of the creation of Super Smash Bros.