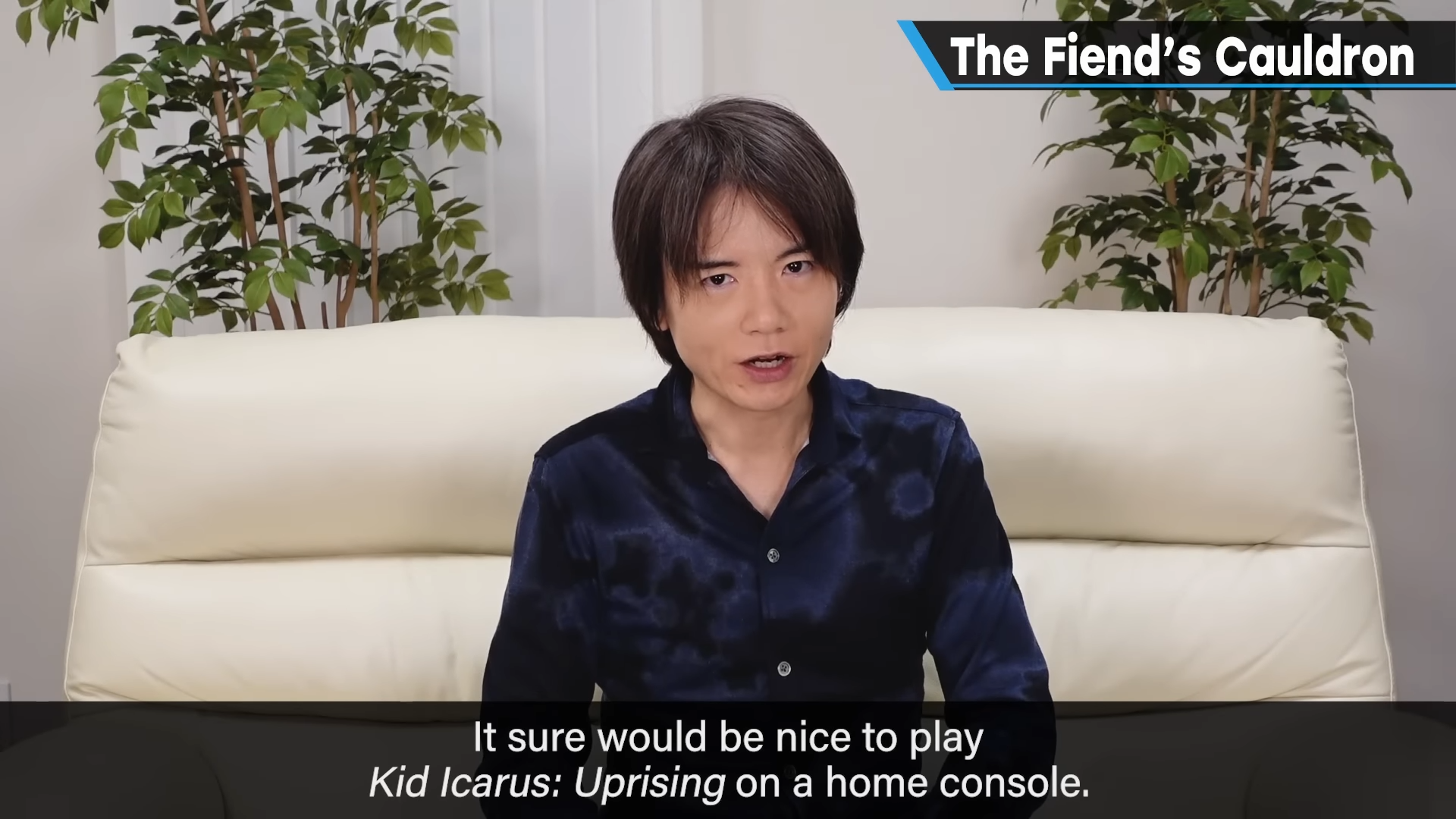 I’ve been asking for years, bring it on

In 2012, Nintendo released Kid Icarus: Uprising to the masses, and I was enamored. I couldn’t put that game down for hours at a time, and amid some odd 3DS controls (that I did get used to!): it was one of my favorite games of that year, and that entire era. It was bubbling with more personality than the vast majority of games released even still, and it was like watching a cartoon in game form. 10 years later, Masahiro Sakurai is ready for it to make a return. 11 years ago, I was too!

In his latest game creation/development class video, Sakurai muses on difficulty: specifically, how Kid Icarus approached the concept with “the fiend’s cauldron.” In case you skipped over Uprising entirely (which is extremely likely!), the gist is that players can set the tone of how they approach each level. You can swipe the difficulty up on a slider all the way to 10, or slide it down to make it easier, with the rewards appropriately increasing with that slider. There’s also a gambling mechanic, where you lose some hearts if you fail a level.

One recent similar take is the “heat” system in Hades, where you can add extra challenges and parameters on to each run. Sakurai still believes in this “clever” mechanic, and walks us through how the system works, and how it was implemented to give players a wide variety of experiences (while offering a fun risk/reward mechanic). He also talks about the game’s faults, and how it could have bene implemented better (specifically some individual level designs, the unclear nature of the slider, and how it can potentially scare away players).

At the end of the video, Sakurai coyly states: “It sure would be nice to play Kid Icarus: Uprising on a home console. I wonder if someone out there will ever port it?” then smiles. The video abruptly ends. Sneaky!

I think I speak for the small legion of Uprising fans in that we’d love to see it. I don’t think it’ll happen, but maybe this video will help push Nintendo in that direction eventually.