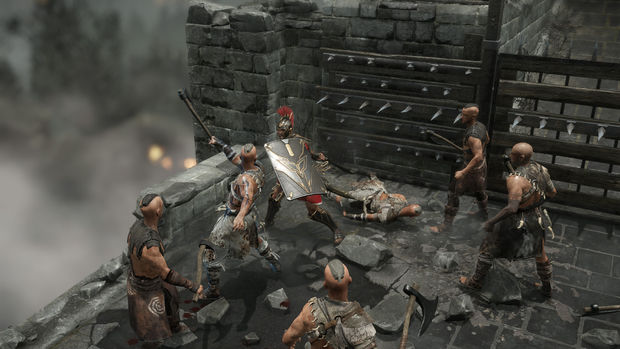 Create battles someday, but not at launch

A challenge editor will be released for Ryse: Son of Rome sometime after launch says Michael Smart, the associate producer for Ryse. He talked about it with Digital Spy, saying that you’ll be able to create your own multiplayer playlists of maps and events to share with others. The best part is that it will have some SmartGlass stuff connected to it. That last part was sarcasm — it’ll be the worst part.

Dale seemed to think that the game wasn’t quite ready for launch in his preview, and this feature is probably something that was was cut to help rush the game out the door. No date is set for when this editor will become available, but I’m sure someone out there will be excited when this hits.

Filed under... #Crytek#Delay#multiplayer#Ryse: Son of Rome