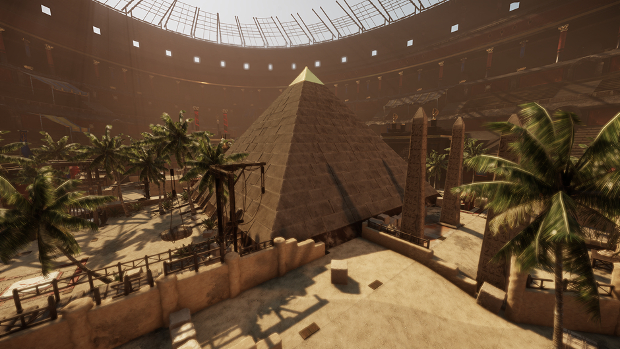 The “Mars’ Chosen Pack” adds a horde-style, gladiatorial-flavored Survival Mode. With it comes a skin and five maps.Two of which are newly made for Survival while an existing map has been re-purposed for the mode. The other two (Pyramid and Obelisk; you can guess which you see above) are for Arena Mode.

Here’s a question? Why name this pack after Mars and not Neptune, god of DLsea?

Filed under... #Crytek#DLC#multiplayer#Ryse: Son of Rome