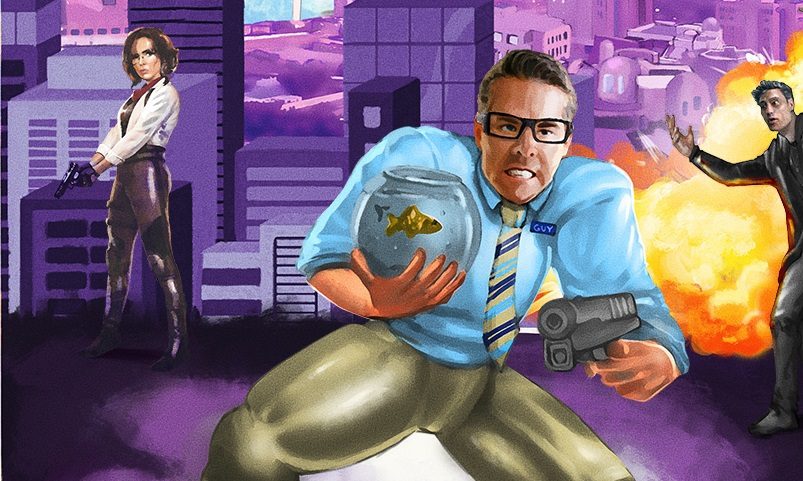 Given how many times it’s been pushed back, I totally forgot about Free Guy. It feels like I saw the first trailer for it forever ago: and I did! Originally set for mid-2020 the movie is finally coming out, and before then, there’s some video game-centric marketing that leans heavily into Ryan Reynolds (as studios do).

You guessed it: movie posters themed as classic/popular games. Now, a lot of these are basic. You can probably spot the Super Mario 64 one, the Street Fighter II one, or the Doom one with Ryan Reynolds-related shenanigans added in. And Minecraft, GTA, Among Us, and Animal Crossing? Those are mega-franchises you’d expect from a marketing campaign.

But the real jewel of the Nile is the Mega Man homage, which is chef kiss good. Mega Man is easily more obscure than the rest of these franchises, and someone saw it fit to remember the goofy classic art that started it all. It’s also one of the more descriptive posters, with hints of plot points (Soonami Games), and a marker for the actual location of the film: Free City. The “official Soonami Games Seal of Quality” is a nice touch too. I kind of wish they were all like this, but going for Minecraft and Mario 64 is the lowest hanging fruit/path of least resistance.

The reviews for the Shawn Levy-directed film are good so far, and the premise of an open world NPC that becomes self-aware is interesting enough. And I know that Ryan Reynolds is still a fan favorite, but Jodie Comer has been putting out excellent work in Killing Eve, and deserves a bigger break too.

Or maybe it’ll just suck. I’ll wait for VOD to find out.