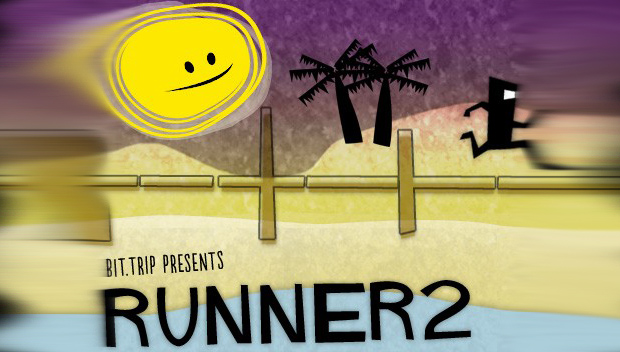 Gaijin Games put together a video for their fans that works to both let them feel what it’s like to hang out with the guys (and gals) at the studio’s Holiday party, while simultaneously answering a multitude of questions regarding their upcoming game Bit.Trip presents: Runner 2. Sharp-eyed and eared Bit.Trip fans will also take the opportunity to get an early look and listen to Runner 2, as the game is being played in the background during a good portion of the video. Matt Harwood is rocking hard here, arguably even harder than he did on the TtWaV album. That is much cause for excitement.

There are also a lot of hard facts to be gleaned over the course of the video, including a boatload of confirmations. CommandGirl Video and Retro Commander Video have both been confirmed as playable characters, in-level checkpoints have been confirmed for difficulties for easy and normal difficulties, the game’s programming language has been confirmed to be Cobalt74, and much more CONFIRMED.

There is even a hint that Runner 2 may come to the Wii U and the PC. If I were the one calling the shots at Gaijin, that’s not something I’d want to confirm yet, as it might eat into the all important initial sales (and resulting word of mouth hype) of the game when it first hits on XBLA/PSN later this year. Cannibalism is bad, especially when you’re eating your own leg.