Do a chicken dance as a red muscle-man

When I first heard of Runbow, I didn’t know what to make of it. It’s a nine player “runner,” a subgenre that’s become way too over-saturated with the dawn of the mobile market. But after actually playing it, I can definitely get on board, so long as the full version keeps things interesting.

Because of the Wii U’s massive amount of control options, you can spring for just about anything to control your character in Runbow. The GamePad and Classic Controller pro will work for one player apiece, but a Wiimote with a Nunchuk will actually support two players, as will a Wiimote with a classic controller. You won’t need access to every button either, as gameplay mostly consists of directional movement, jumping, and punching — that’s about it unless you’re cocky enough to taunt.

So far, I’ve tested out the standard “Run” mode, as well as Adventure, which basically functions as a full-on campaign. The former is the arcade experience, tasking players with battling each other across a series of hazards and platforming challenges. The cool thing about Runbow though is the twist it makes on the formula — shades.

Every few seconds, the game will shift its primary shade, which may or may not eliminate or add bits of the level as you run through it. It’s an interesting little meta-game, judging leaps on whether or not you want to tempt fate or play it safe and wait for the next flip. This gets even crazier with more players in the fray, but it’s fun enough just playing by yourself going for high-scores.

The final version should address any lingering doubts of longevity, as it will ship with an arena mode, as well as King of the Hill, “Colour Master,” and a gametype called “Bowhemoth.” Runbow will launch exclusively on the Wii U in the third quarter of 2015. 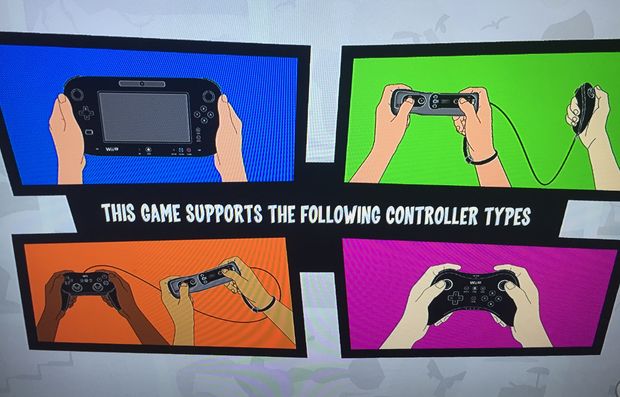