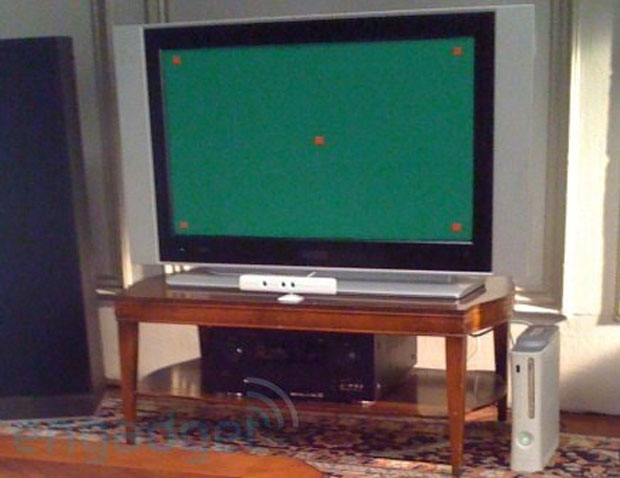 Jesus. how far is this going to go? First we have waggle sensing. Later, more accurate, “one-to-one” waggle sensing. And then, earlier today, we heard rumors that Sony is working on some similar bullsh*t. Now, as if to top them all, another rumor says that Microsoft is going full-body with this bitch.

The folks at engadget just got a tip on this “sensor bar” tech. It is supposed to sense full body movement without controllers. They say that there are two sensors, a mic, and a camera on this bar. This could mean that pelvic thrusts will finally become valid control gestures? God, I hope so.

The device in question is pictured above, right below the television. Nice. Grainy. It has to be real.

Damn it. Call me old-fashioned, but I just want to push buttons. I didn’t want to move my hand around in the air in the first place, and now I sure a hell don’t want to get up and move my whole body.