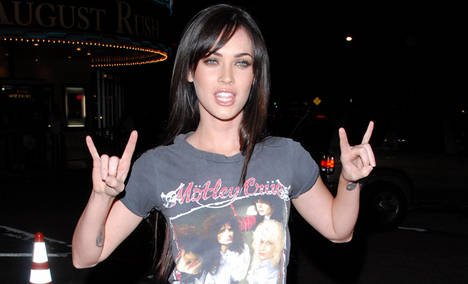 A Spanish Web site that I can’t read at all is reporting that Transformers’ star Megan Fox is being looked at to be the next Lara Croft for the third Tomb Raider film. If the third Tomb Raider movie actually happens, shooting will begin in 2010 and the movie could be released sometime in 2011.

Seeing as how Angelina Jolie is busy pumping out babies left and right, Megan Fox makes for a perfect replacement. She’s got a great body, a nice ass and she can totally pull off Lara’s ponytail too.

Wow. Did I just say she could pull off a ponytail? Okay, I’ll be honest with you. I’m just writing random sh*t here to fill up this post. The odds of Megan Fox becoming the next Lara Croft are as good as me having a three-way with Angelina Jolie and Keira Knightley in a Tibetan monastery while wearing bear costumes.

I will never ever pass up a chance to report on sexy female celebrities on Destructoid. I spent two hours last night searching through dozens of Web pages for pictures of Megan. I love my job.

[Via IGN — Thanks to Suff0Cat for the Skins link!]