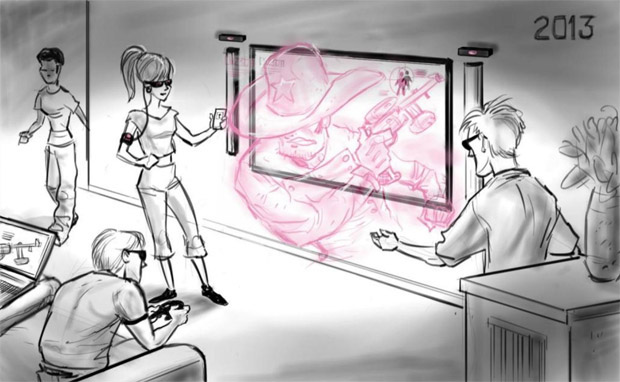 For all of Microsoft’s commercial success with Kinect, the device still seems to draw a lot of criticism for its lack of compelling supported games, and rightfully so. Perhaps things will be different with the successor to the Xbox 360, which will reportedly offer an upgraded motion-control device capable of handling four players simultaneously. According to CVG, Microsoft has sent out early hardware for Kinect 2 (or whatever it ends up being called).

The outlet’s unnamed source, a game developer, says that motion-control kits are “in circulation” among select studios, though the source had not personally seen the kits yet. Even if it is reasonable to expect this tech will be impressive, functionally, it’s difficult to become actively excited as far as gaming is concerned. Frankly, it’s going to take a much more concentrated effort on the part of many studios to bring me back to a state of hopefulness.