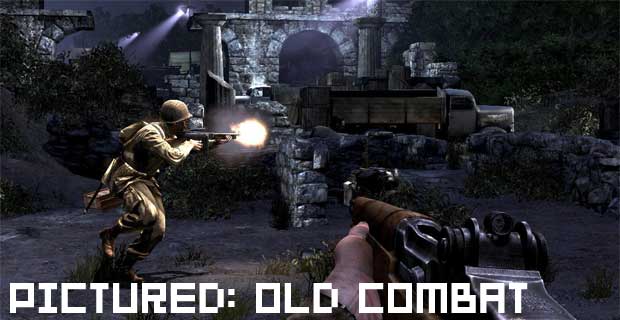 It’s like Electronic Arts is in the Stone Age with their Medal of Honor games and its World War II setting. It’s been two years since Infinity Ward updated their game with Call of Duty 4: Modern Warfare. Hell, they’re about to release the sequel soon.
Well, if a LinkedIn profile of a former EA Los Angeles production intern is to be believed, there’s a Medal of Honor game with a more modern setting in the works. In fact, Micah Lapping-Carr — who is now working with Microsoft on its Project Natal — uses the exact words “modern combat” when referencing his work, which ran a short three months in 2008.
We’ve heard rumblings of a new Medal of Honor in a modern setting for awhile now, based around the 2002 “Operation Anaconda.” Considering the relative popularity of the series, it’s not too surprising. The move to “modern combat” could be interesting, and we’re curious to see (if this pans out) how the take is different than Infinity Ward’s.
Of course, Lapping-Carr could have been born in the 1930s, and “modern combat” may have a different meaning to him. Or not.
[via superannuation]